If you just have 24 hours to explore Verona, Italy then you are in for a treat! That is the perfect amount of time to wander around its old streets, taste the local dishes, and see the sights.

Verona, a UNESCO World Heritage Site and the setting for Romeo and Juliet, is one of the most enchanting cities I have had the pleasure of wandering. Verona appears to be frozen in time. When I first arrived via train from Roma I walked into Piazza Brá, and was face to face with the Verona Arena, a Roman amphitheater built nearly 2000 years ago. 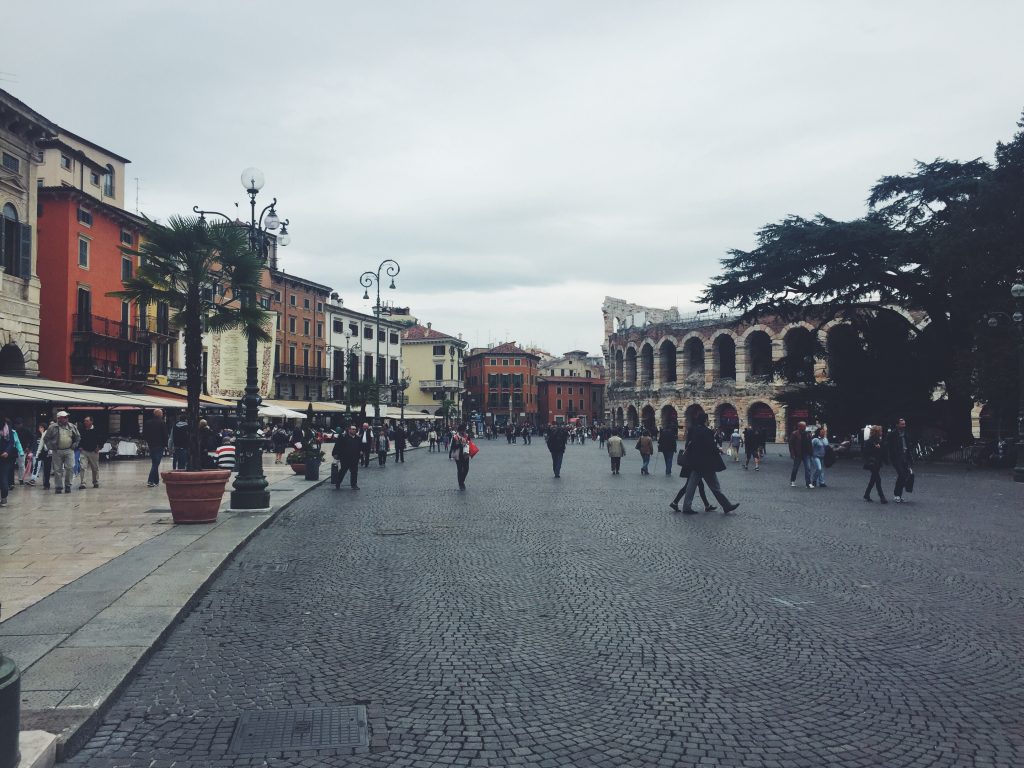 The weather was sadly quite gray and chilly. I feel like I have a dark cloud following me, I haven’t had a bright sunny day which traveling in a long time. Living in England I have learned to just deal with it and be happy it isn’t actually raining!

To go inside of the Verona Arena it is €10, which to be honest, wasn’t worth it for me. I didn’t even take a single picture inside! I found it nice to admire from the outside but the only way I would recommend someone to go inside is if they had the chance to see a performance there. 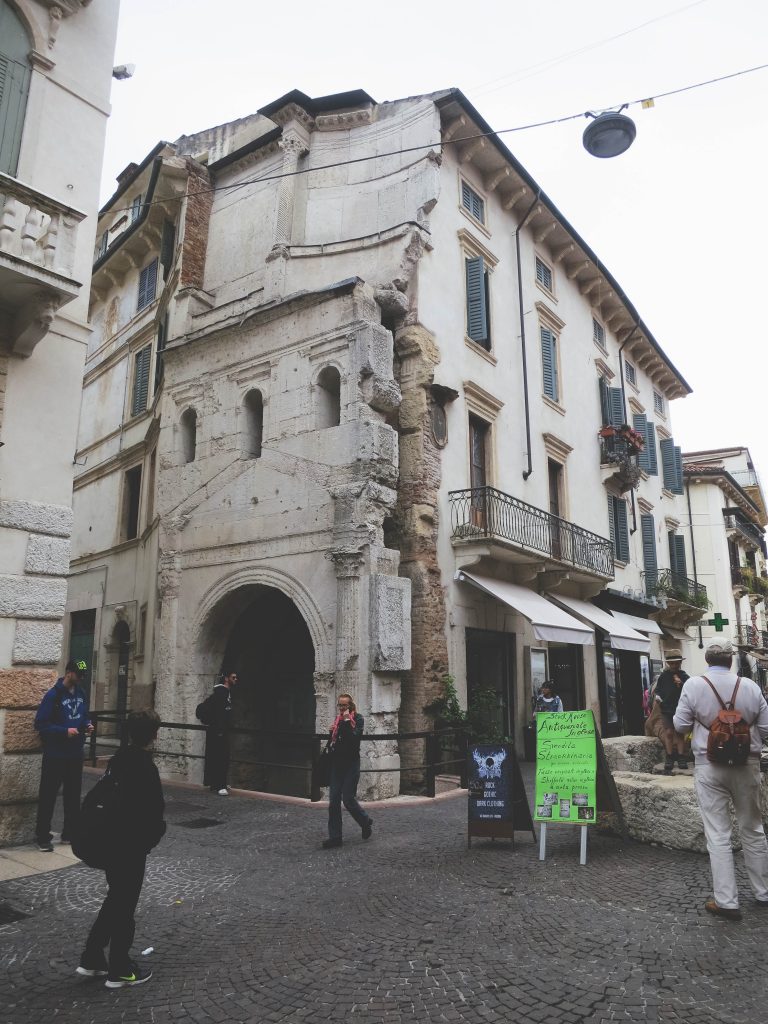 Most of the day was spent wandering around the city, exploring the various piazze, churches, and beautiful buildings. Below is a picture of Piazza delle Erbe, at the heart of Verona there is a lot to see in this area. There were markets, other nearby points of interests (Juliet’s balcony, Scaligeri Tombs, Torre dei Lamberti, and Piazza dei Signori)

Of course, I went in a tower. When don’t I? Well, this beauty is called Torre dei Lamberti and is 84 meters high and was first built in 1172. 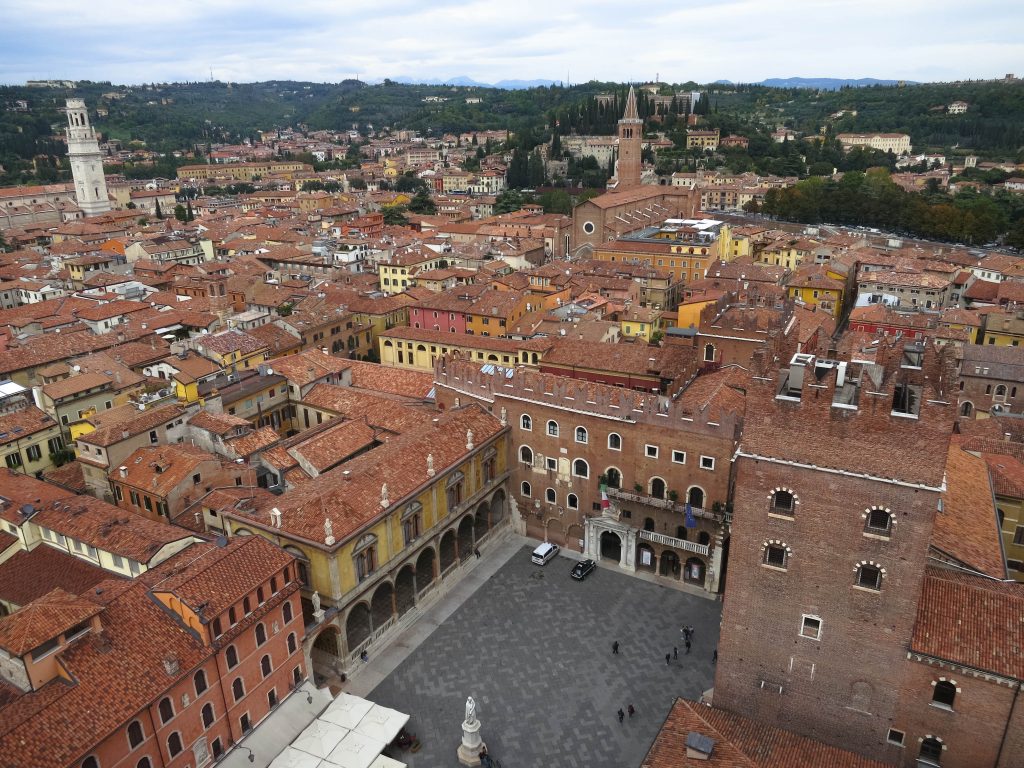 Also known as Scaliger Bridge, is a fortified bridge built around the 1350’s. Normally bridges are not that exciting, but this one is different. Cangrande II della Scala was a Lord of Verona at the time and had the bridge built to help him escape to Germany if his people decided to revolt. Why would they do this? Well, he wasn’t a very nice ruler. His nickname Can Rabbioso (“Raging Dog”)  should be a good indicator. He impoverished the city and was eventually assassinated by his own brother.

While it is actually not known if Shakespeare ever visited Verona, he did use it as the setting of Romeo and Juliet. This building is known as Juliet’s House and the balcony was a later addition. Lots of tourist flock here to see the balcony and to give a bronze statue of Juliet a bit of a rub on her left boob (it is meant to give you luck to find your true love).

One of my favorite parts of the day was crossing the river to Castel San Pietro, which unfortunately was undergoing renovations, but you could still climb the stairs to get breathtaking views of Verona.

After too many stairs and a delicious gelato later I continued my wandering. I decided to end my sightseeing at Giardino Giusti (Giusti Gardens).

Beautiful gardens and villas are two of some of my favorite things! Italy has a lot of them and this was a nice one to wander about for an hour to just unwind from cramming too many sights into your day.

The evening with dinner at Ostaria Vecchia Fontanina (Piazzetta Chiavica, 5). I had a ragu made with horse meat (sorry Mom!) that was really delicious. I also tried a pasta made with nettles, which let’s just say two bites was adventurous enough for me. 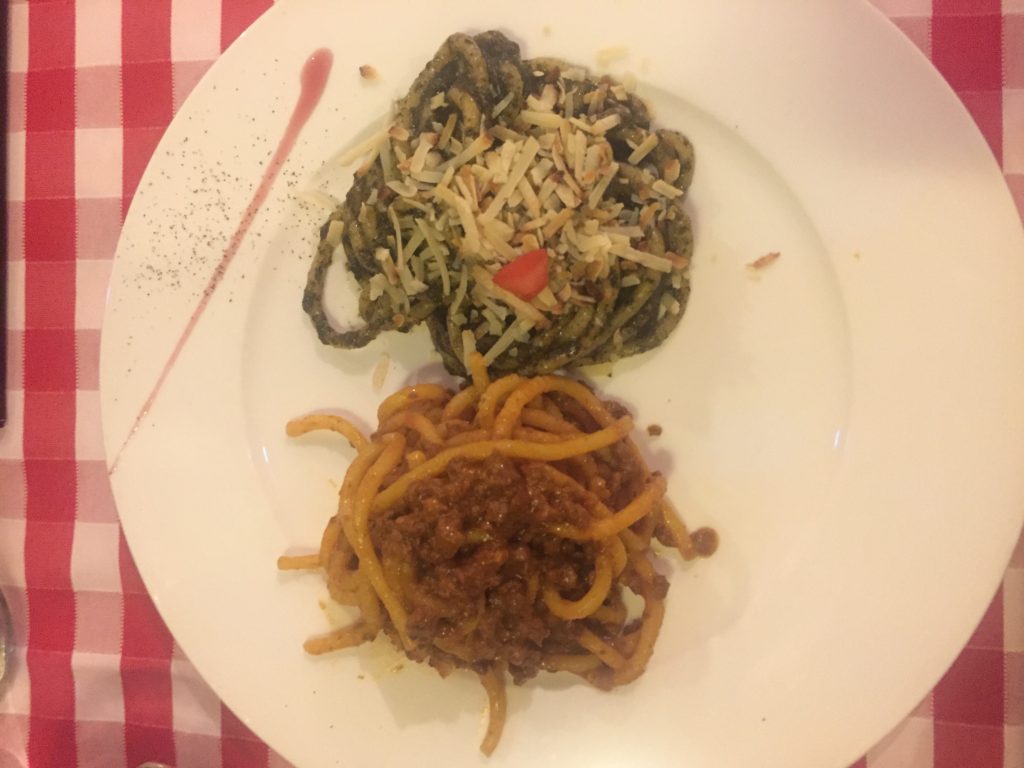 Have you ever been to Verona? What was your favorite experience? Share your recommendations in the comments so I can add them to the map for others to enjoy!