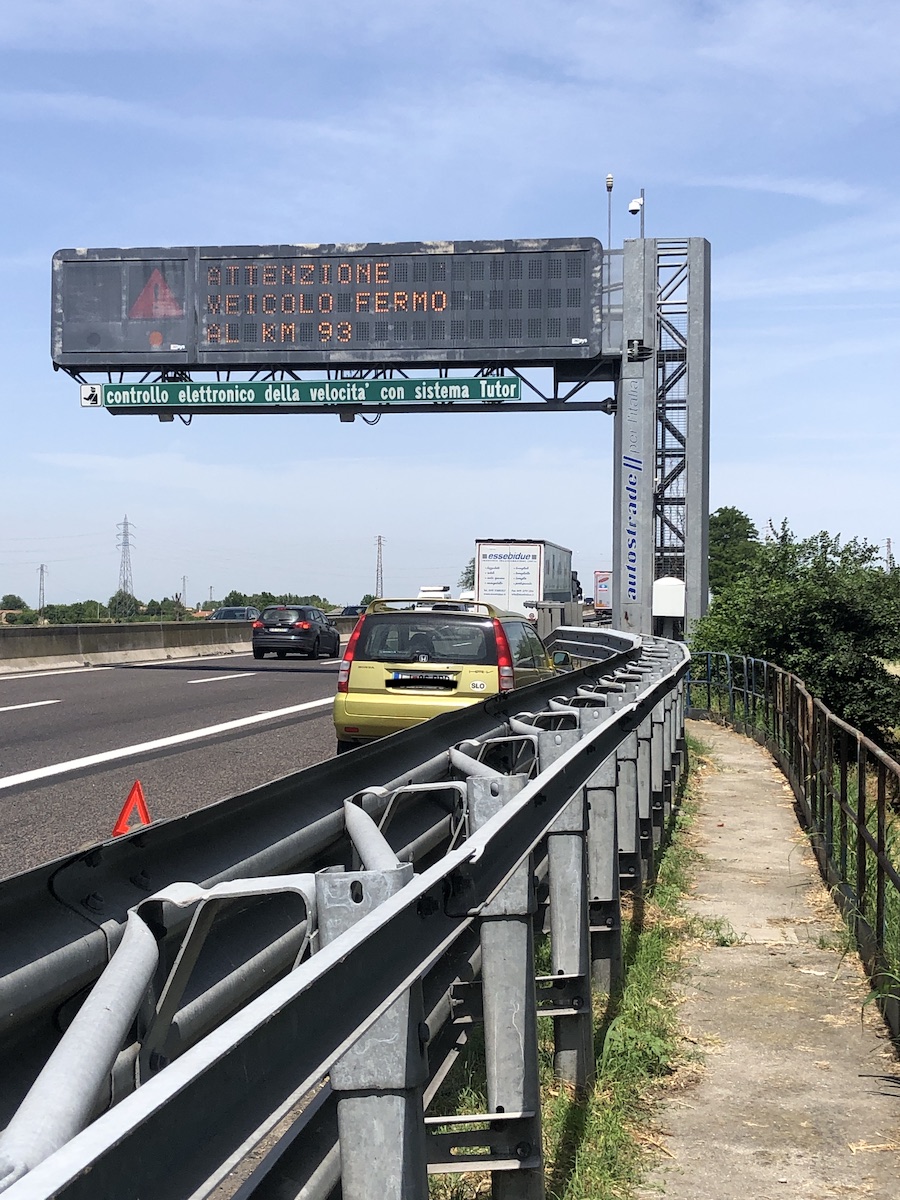 They looked down at the human poop on the road and back at me.

I wanted to die.

I saw the look in their eyes. Is this woman insane? Is this hers? How could I explain that no this is not my doing and please don’t make this day any worse.

It was not my best moment and definitely not my poop.

I was only three hours from home. Three short hours. I can’t wait. I had already driven three hours easy and was looking forward to being home after a ten-day trip. Suddenly my car began to make a very unpleasant sound and refused to drive over 100 km/h then over 80 km/h until I slowly made it to an emergency pull off where my car eventually died.

I couldn’t believe it. In the past ten days, this is the second time I would be in this exact position (this story is coming soon).

I knew it was bad. My car was completely out of oil and something was leaking from my engine. I called Jaka (my husband) to call roadside assistance and waited for what felt like forever and tried to make the best of it. I wrote down an outline for a funny article I would write “10 Things to do on kilometer marker 93 in Italy”.

A van arrived and a man told me he would help. I was so relieved. He goes back into his car and then says a tow truck will arrive in 20 minutes. He leaves. I call Jaka to report what was happening and immediately see the police lights behind me.

The police came up to me to ask what happened. I explained that my car broke down and I am waiting for the tow truck. This is when they see the piles of excrement around me, look at it, then me, each other, and then asked for my documents. I hand them over and immediately they ask for my International Drivers License which expired just a couple months ago, and because I was in the process of getting my Slovenian license I didn’t renew it.

The officers kept telling me it was a serious issue not having my IDL. They kept repeating that it was a problem. They were upset that my name did not match across documents (not all of my name changes are complete). My mind began to race. What kind of problem? Was I about to go to jail in a foreign country? Was it really that serious that I didn’t have a $20 piece of paper to translate my license?

I waited for what feels like forever. I see them turning pages of thick books. I try to keep my cool and look casual as I anxiously google “driving in Italy without IDL”. I couldn’t find a single answer. My heart felt like it would come out of my chest any moment.

The one officer returns to my car and explains that a Florida license is not valid in Italy. He points to a law in a book as if I could read Italian on that level. He was more concerned with pointing to the fine amount if anything. I tried to ask questions, I wanted him to explain why a Florida license is not valid compared to any other state, but he was not interested in explaining this, he just wanted me to pay.

He asked for the money immediately and said if I don’t pay now they will take my car. I checked my wallet and saw that I only had half of it. He asked if I had it in my bank account. I replied, “yes”, he responded, “are you sure?”. Now, I am almost convinced I am being scammed or possibly kidnapped. I share my live location with Jaka and said keep an eye on me.

A tow truck arrived in the middle of everything. The poor guy didn’t speak a word of English and I didn’t know how to explain the situation in my limited Italian. The police officers go up to him and explained the situation. I stood there watching my day turn into a dumpster fire.

The officers drove me into this town and I couldn’t help myself from looking at this old castle we drove past and becoming curious about it “What’s wrong with me” I thought. I’m in the back of a police car in a foreign country being told I have to pay a fine right now or they will take my car and I’m thinking about castles.

As they drove me to a bank machine, my car and belongings were left elsewhere, I was peering outside the window thinking again “Wow it would be nice to visit here” but unfortunately it’s forever tainted. The one police officer asked when I’m going home. I said, “I’m on my way now, but my car broke down, and then you stopped me”. How could I be so unlucky, I thought. She wasn’t willing to forgive my transgressions.

As we stood at the longest street light tears began to fill my eyes. I couldn’t believe it. I was 3 hours from my home just 1.5 hours from the border to Slovenia. My car broke down tragically and here these police officers were giving me a hard time. Demanding money or they take my car.

The fine was €286.16 and I gave them €287. Without even an offer to return my change. The male officer who was not amused by the situation at all told me to step out of the car. He made me stand on the bare concrete in 30+ degrees while he finished his paperwork. I felt like I was being publicly humiliated. I felt my skin burn, my eyes well up, as he questioned my every detail. Specifically about where I am from, where I live, and my relationship status – in spite of having a Slovenian residency card which I gave them.

He asked me if I live with my sister. I said no. I’m married. “To a woman?!” He was suddenly interested in me. A smile grew upon his face. Frustrated at his amusement I calmly replied “No to a man, I’m married to a Slovenian man” while in my mind I wanted to scream “Why the hell does it matter and it is certainly none of your business”. He laughed. I gave up.

I looked over to the tow truck driver, he was just meant to pick up a car, but here he was waiting on this international criminal. I paid the fine. I said bye and got back into the tow truck. We drove to Padua in complete silence where I was told my car will need serious repairs. It’s ironic since I visited Padua once and hated it. I couldn’t tell you why there wasn’t a reason, I just had a bad feeling when I was there as if it was giving me an omen for what would happen years later.

This story was not meant to receive pity or to be attacked for not following the rules of a foreign country – this was 100% my fault and 100% avoidable had I renewed my International Drivers License. I’ve had one every year I’ve lived in Europe even when I wasn’t driving.

This post is just to share a personal memorable experience which I am laughing at only days later. If you plan on driving in Europe, especially Italy, be sure that you have all of your documents available at all times. Paying almost €300 is not the most enjoyable way to end a trip.

An International Driver’s License can be acquired through AAA for just $20. If you go to the office it will be done in a couple of minutes or you can do it through the mail.

A massive thank you to Jaka for immediately leaving work and driving three hours to pick me up in Padua because my poor car was done. It makes life a lot better knowing you have someone who has your back no matter what.

Thanks for reading and hopefully laughing along with my misadventures and I hope you will remember this story the next time you plan to drive abroad! 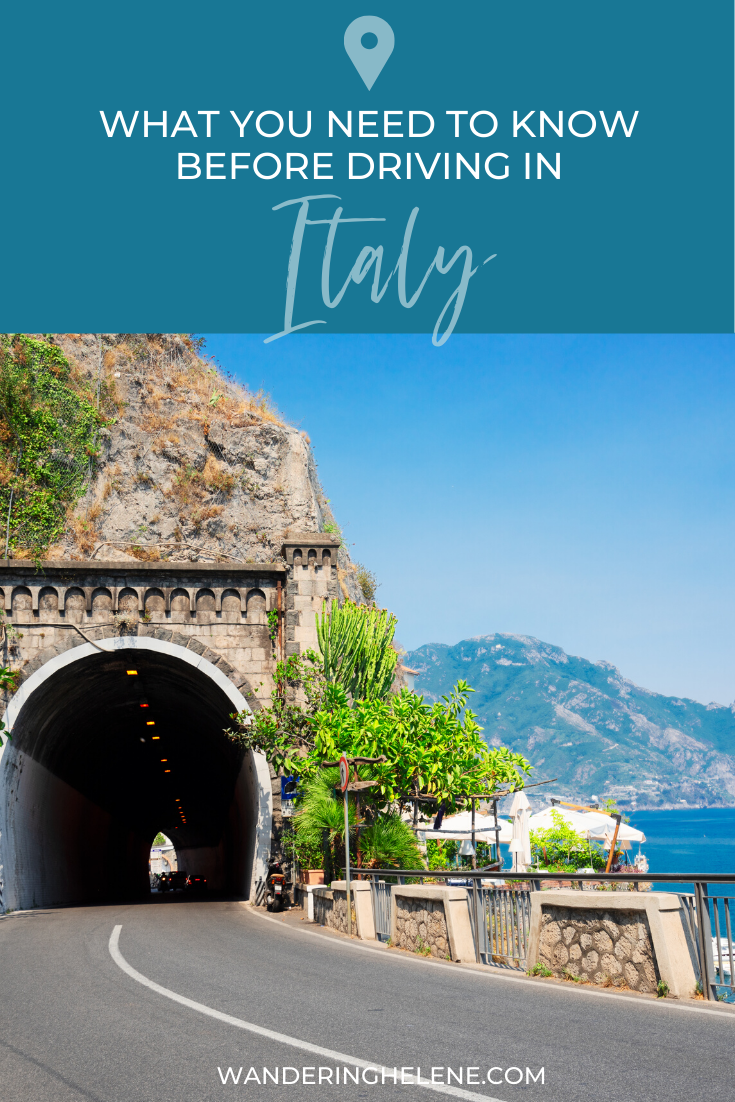 A One Day Guide to the Old City of Dubrovnik

10 Unique Things to Do in Pisa