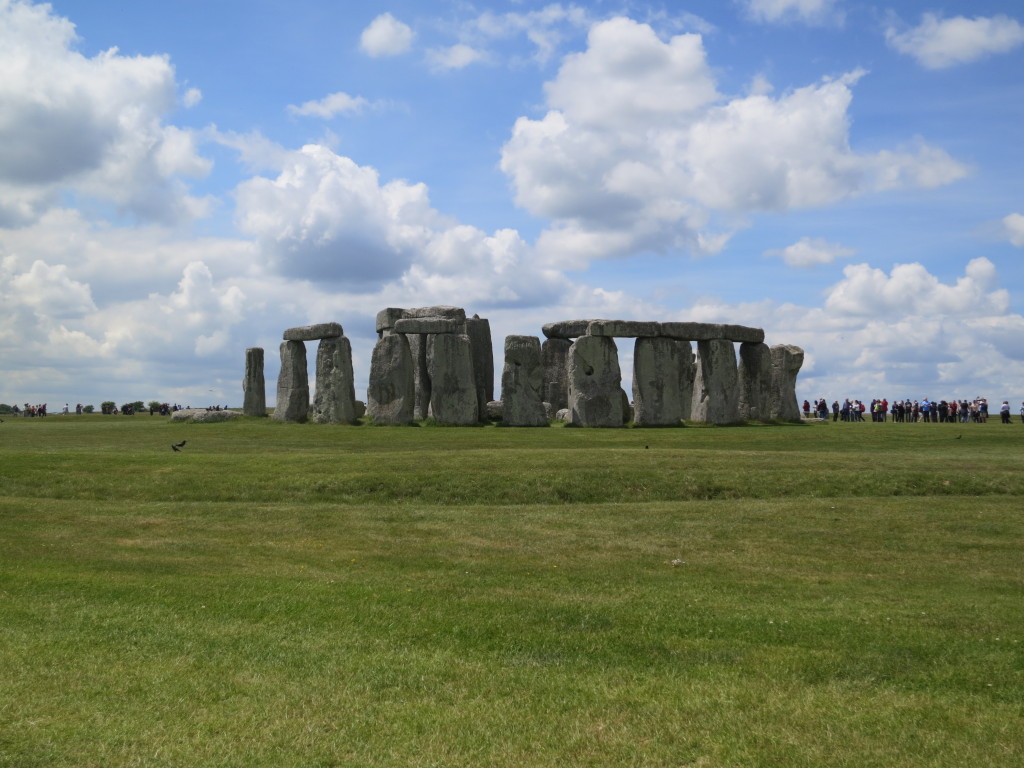 A few years ago I rented a car with a friend and took a really epic road trip through South West England. This was a bit different than most trips I took in England which often was just a train ride away. The combination of a road trip, seeing one of the world wonders, exploring old Roman baths, eating some of the best food of my life, and so much more just made this trip extra special.

If you are planning a road trip through south west England to see Bath, Stonehenge, the Cotswolds, and more I have provided a map below with all of the places mentioned marked, along with the driving route. Including food and accommodation.

Traveling to England? Check out these posts for more inspiration

The trip started off gray and rainy, nothing new for England, but not the most exciting way to start an adventure. We rented a car and headed down to Bristol from Manchester. By the time we arrived in Bristol, the rain had ceased and the day could begin!

What seems to be Bristol’s pride and joy was our first stop, the Clifton Suspension Bridge. An amazing feat of construction opened in 1864 and still holding strong (thank god!). If you are afraid of heights maybe don’t look down.

The next stops were the Bristol Cathedral and Cabot Tower in Brandon Hill. The tower was surrounded by these beautiful flowers. You can enter it for free and get really beautiful views over Bristol.

After some sightseeing, we went wandering around the Harbourside and had drinks at the Grain Barge owned by the Bristol Brew House and The Apple (shout out to @nicole_santora on IG for the recommendation) and lunch at a Moroccan restaurant at St Nicholas Market.

Ended the night staying at a picturesque inn a few miles outside of the city, The Dundry Inn. After reading the menu we knew we had to try the food. Dinner was amazing. It was one of those meals you feel like you will remember always because everything was just right. I had the beef and stilton pie with mash and cabbage. The beer was brewed by a couple down the road and only supplied to 6 locations–I was so in the moment I never took note of the name, but it was fantastic. I highly recommend them for your next stay.

Decided to go explore the nightlife, so back to the Harbourside. We had a drink at Under the Stars a boat turned restaurant and bar. I think I can’t resist going on a boat! Stopped by a few other pubs but it seemed most places were having last-call quite early. Not sure if that is a normal thing in Bristol or just for that area we were in. It began to rain so we decided to call it a night to get a fresh start for the next big day.

Started this day off doing two small stops the first at Wells. The Wells Cathedral was highly recommended to me by a friend and if you have the chance… you must go. It is up there on my list as the most impressive in England.

Next to the cathedral is the Wells Bishop’s Palace, Moat, and Gardens. It is a self-guided tour and cost £7.20 entrance fee for adults. It was so peaceful and beautiful and well preserved, you can walk the grounds and inside to the chapel and some rooms.

After Wells, we were driving towards Bath but had an opportunity to stop in between to see the Glastonbury Tor. Free to visit and close to Wells it has breathtaking views. I really wish it wasn’t as cloudy as it was, but I should be used to this by now.

As it was Sunday, of course, it was time for some Sunday roast. We stopped at the White Row Farm which had a store and restaurants on the grounds. I had the beef brisket roast. This was not my best roast, even in spite of being on a farm. It was decent and not bad by any means, but it did not compare to the rest of the food on this trip.

Bath was our final stop. I have been looking forward to Bath for about a year now. It has always been one of those places I felt drawn to and just wanted to experience. It was worth the wait. Such a beautiful and charming city. It had that old European feel to it that I have been missing in Manchester. Tiny cobblestone streets, little shops in every corner, old and new everywhere.

At the Roman Baths, some of the pools are still functioning with the same water as the Romans used! You can see the hottest pool that the water is literally bubbling from the heat. Thought to have been sacred water this bathhouse was very important during Roman times. Not only was it a social, leisure, and business meeting place, but also spiritual for healing.

At the end of the tour, we were offered an opportunity to try the water that is still flowing through the pipes. What sounds like a rare experience quickly turns into everyone spitting out the water and trying to remove the taste from their mouths, haha.

One of my favorite items displayed on the tour is remains of hand-carved curse notes to the gods. They were added to the United Kingdom Memory of the World Register. Dated 2nd to 4th century AD they were messages to Sulis Minerva to get revenge when they were wronged.

After the Baths we wandered around to see the great Gregorian architecture Bath has to offer, such as the Pulteney Bridge, the Royal Crescent, and the Circus. This is such a drastic difference from the more industrial style of Manchester.

We stayed at another inn in the countryside – the best way to experience an English road trip. They were not serving dinner so we headed to an inn down the road who were. An incredible meal of barley and pea risotto with goat cheese that just melted in your mouth.

The final day we headed back to Bath because we wanted to go to the tower tour of the Bath Abbey and it wasn’t running on Sundays. It was an hour-long tour through the tower and top of the church, the bell room, and even behind the clock.

Wandering around some of the streets since it was a lot quieter and fewer people than Sunday. Looking through the windows of various shops, wandering down tiny streets is definitely one of my favorite pastimes.

Next stop was Stonehenge, a spot on many’s bucket list this, this world wonder is a just something you have to see once. It has been on and off gray and cloudy throughout the trip until we arrived here. So we got the most beautiful weather to see this spectacular moment in human history.

If you are traveling through this part of England, it doesn’t take much to stop and see. The whole thing if you take the buses from the ticket office to the site takes no more than about 1.5 hours.

For me, the most amazing part of this experience was imagining that Stonehenge wasn’t the only site and not the biggest. This was part of something so much bigger, and something we don’t know much about. Maybe it is the anthropologist in me, but that is so fascinating and I always love to try to place myself back in time when on archaeological sites. They become so much more real and awe-inspiring. Humans are pretty cool.

But, as a tourist, this is actually one of my least favorite “tourist traps”. I had a chance to go back two more times after this visit and declined both. Talking with other travelers a lot of them agree, but it seems like one of those things you just have to try if you want to. But I would argue it is overpriced, and because it has such a high volume of visitors the audioguide is a bit simple.

Since we had to drive home we figured why not take an alternate route and drive through The Cotswolds. Beautiful small towns built using Cotswold stone. We stopped at Bourton-on-the-Water, Lower Slaughter, and Stow-on-the-Wold.

We added a last minute stop at Stratford-upon-Avon, most famous as the birthplace of William Shakespeare. Most places were closed by the time we got into the town, but we still got to the see the outside of the house Shakespeare was born in!

Wandering around the streets a bit to the canal and got some dinner at The Lazy Cow [now closed]. I must commend them for their awesome buffalo chicken sandwich. As an American desperately missing quality buffalo chicken anything, this was the cherry on top of the whole trip.

Thanks, England for having these hidden gems! This is a trip I will be talking about and recommending to people for years to come.