One of the coolest castles you can see in England is the 14th-century moated classic, Bodiam Castle. It was used to defend against the French during the Hundred Years War. Around 1641 the castle was sold, dismantled, left for ruin until 1829 when it was purchased by John Fuller, partially restored, sold again, you get the picture.

Unfortunately, the inside is left almost entirely in ruins, as you can see below, but the outside is what makes it special. Bodiam Castle reminds me of the sandcastles my brother and I would make at the beach as kids. It is large, commanding, and just really cool to see! Let’s be honest, it’s a solid classic castle.

Bodiam Castle has what I think is a very interesting history. Unlike most castles, Bodiam was built by Sir Edward Dalyngrigge, a knight of Edward III. Sir Dalyngrigge was an ambitious knight that wanted to put his riches from France to use, so naturally, he petitioned to build a castle. While he requested to fortify his modest manor house after the approval he decided to build what you currently see as Bodiam Castle. This is not a modest castle and was built from scratch on a fresh piece of land.

Originally meant to be a defense from the French during the 100 Year War, it was never approached or encountered during battle. It did, however, play a role in the Wars of the Roses and English Civil War, which left it in its current ruin state due to pieces being sold off to pay off debts. In 1829, it was purchased and then began the restoration work.

Bodiam Castle now belongs to the National Trust of England and open to the public for a small entrance fee. I went on a holiday weekend and it was packed full of tourists, but if you arrive about 20 minutes before closing it can clear out nicely.

The castle itself doesn’t have much inside as it is in a state of ruin so you don’t need much time to explore. A great choice if passing through the area. For example, I went here after spending the morning at Beachy Head and Seven Sisters (one of my all-time favorite places in nature).

Where else to visit in England?

Brighton – A seaside resort town south of London with a fascinating palace, a fun pier to spend the afternoon, and more independent shops and restaurants than you can ever see in a day.

Seven Sisters – A series of chalk cliffs along the coast of England. One of my favorite places in the world and the perfect way to spend a day outside. 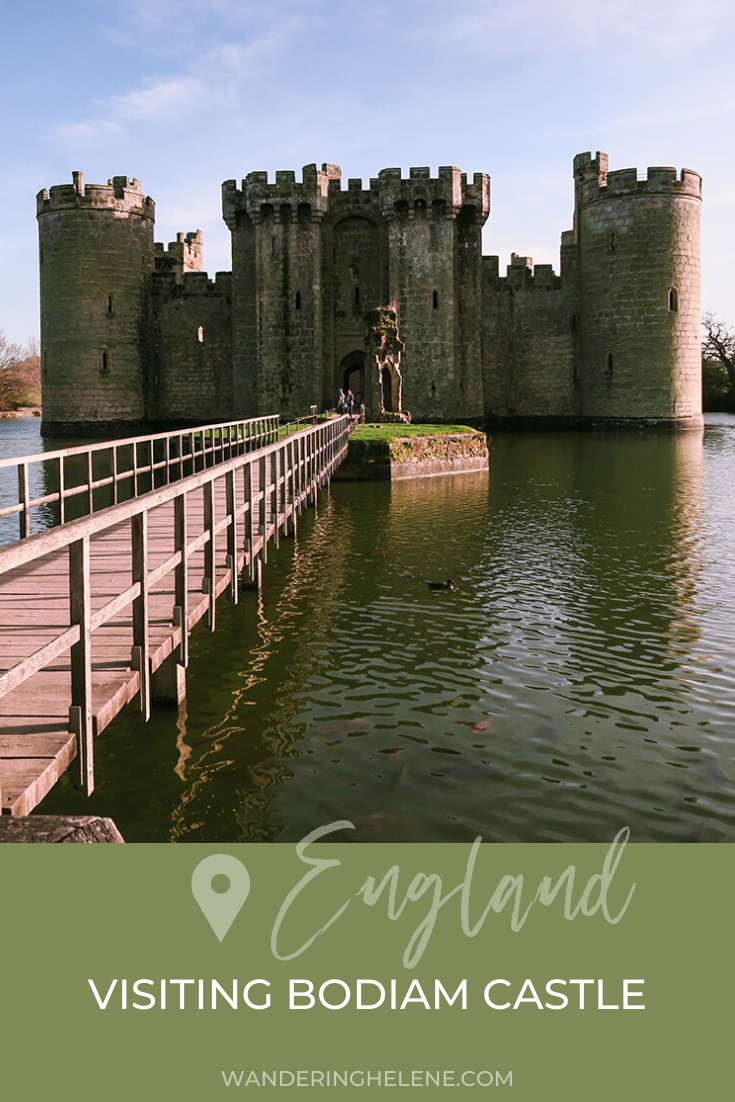 2 thoughts on “Bodiam Castle: An Iconic Water Castle in England”