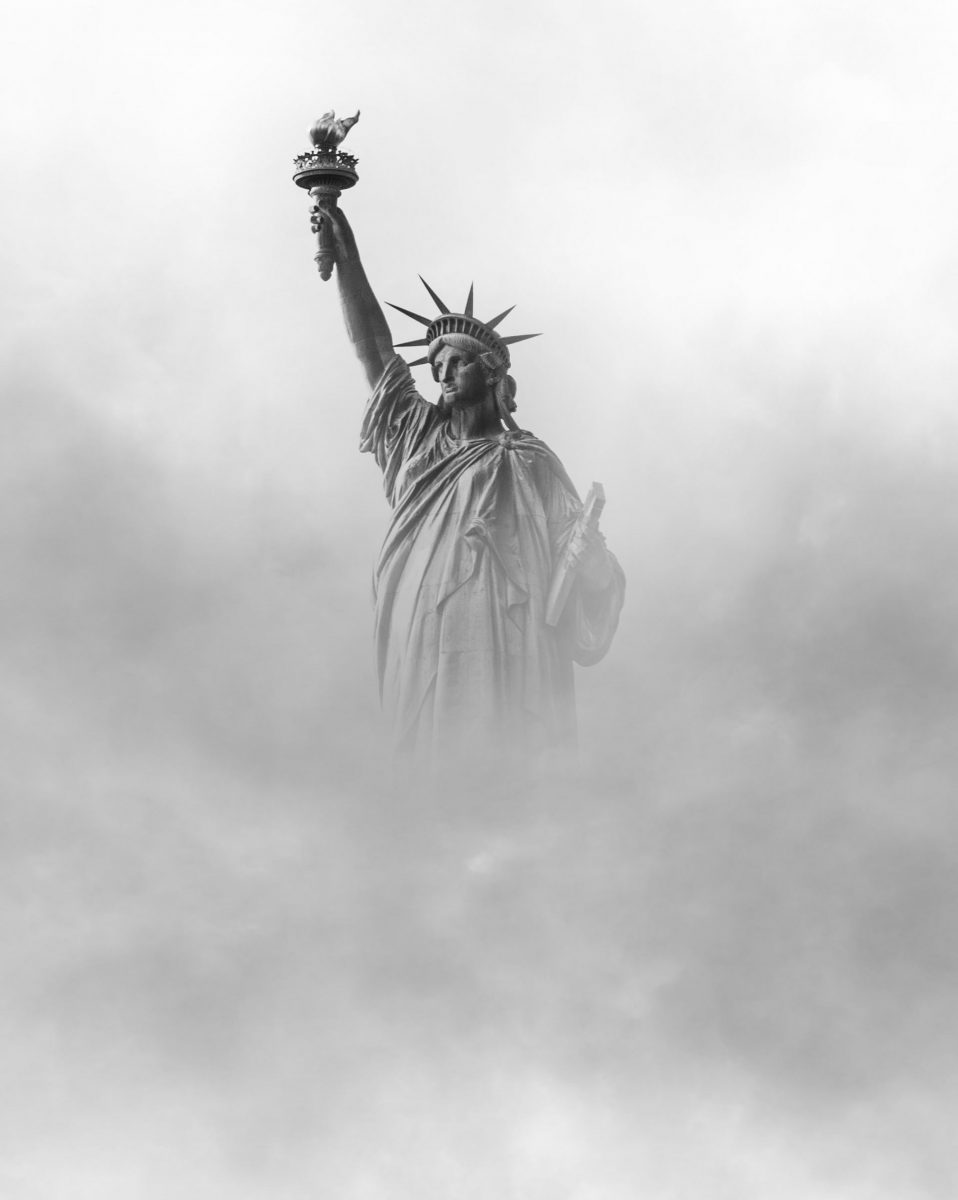 Writing this article was very difficult and it isn’t possible to share all of my ideas on the topic but I felt it was important to at least begin the discussion. While I tend to use this site as a place to talk about travel, I am also an immigrant, so my experiences and perspectives are shaped by that. Despite being born and raised in the US, I have spent considerable time of my adult life living in three different European countries (Italy, England, and Slovenia).

While living in the US, I had a typical timeline when it came to health insurance. Some months I had it, others I didn’t. Sometimes even though I had insurance I just couldn’t afford the co-pay to see the doctor or get my prescription. When it was a decision between eating that week or getting cough syrup it felt pretty obvious.

I heard similar stories over and over from friends and family. I want to remind you all right now that deciding between food and health should not be the norm. Whenever I share the reality for many Americans, people are visibly upset and ask me “but why don’t you have a national health plan?” I have no answer for them.

“You don’t even live here anymore”

For those of you saying this to yourself right now, I get it. I don’t live there, but I am still an American. I still have family and friends living there, I want all of us to have access to a very basic human need. Why can’t we demand that they are met?

If we are such a great nation then we should demand better than choose to forego medical treatment or go into severe debt. People should not be losing their homes because they are sick. In countries with nationalized health systems, this is not a common story. I don’t hear about people drowning in medical debt or not going to see a doctor when they are sick.

Last October, I started having these intense pains in my abdomen but passed it off as something that would get better. They began on a Friday evening and progressed a bit throughout the weekend. I knew something wasn’t right but I just wanted to wait one more night to see if it would pass

Thanks to the system I was brought up in I have a very bad habit of waiting until my sicknesses or pains are unbearable before seeking help.

Monday morning my husband, Jaka, had an appointment at the doctor’s. By this point, I had no color, I was in the bathroom nonstop, I couldn’t eat, I was (literally) screaming in pain. This was the worse I ever felt in my life. He said just come to the appointment with me.

At first, I thought what are you talking about the doctor will turn me away! He gave me a look that he couldn’t comprehend what I was worried about. He got called for his appointment and the doctor saw me as well, no complications. She sent me downstairs for immediate blood work and within an hour I was hooked up to an IV with pain medication in her office and waiting for an ambulance to pick me up.

I spent the day at the hospital getting fluids because I was very dehydrated and they ran tests. There was nothing they could do I was sent home and asked to return in two days. At this point, I was coming back to life a bit and went home to rest. Two days later I spent another day at the hospital getting fluids again as I wasn’t keeping any food in me. They diagnosed me with severe food poisoning.

The point of this story is that during my ambulance ride all I could think about is how much is this going to cost me? I had no idea and I was too embarrassed to ask. I thought well I will get a bill and deal with it then. The second day I spent at the hospital I began to wonder how much will they charge me for all of these fluids and tests. I began to worry a bit. I knew that the prices were going to be better than the US, but still. Once again, I was too embarrassed to ask and knew someone would say don’t worry about that now.

I never received a bill. The entire process; visiting the doctor, blood work, pain meds via an IV, ambulance ride, urine and stool tests, more blood work, several bags of fluid and one potassium was covered by my monthly contributions aka my taxes.

I have a handful of these stories over the years where my biggest concern in the moment of a medical crisis was how will I pay for this? It is ingrained in me to always associate the two, but it doesn’t have to be that way.

Stories from the ground…

Just this week a story broke about a guy who was in China for work and upon his return back to the states he developed flu symptoms. Exercising caution he went to the hospital to check if it was COVID-19 (Coronavirus). Because of limited insurance, he opted just a flu test which came back positive for the flu so he was in the clear. Until his bill arrived of $3270.

Now for a moment consider what type of public health crisis this can develop into if people are choosing not to get tested because their insurance will not cover it. While his insurance will cover a fraction of it, they are requesting three years of medical records just to prove that his flu was not caused by a pre-existing condition.

Read that back to yourself.

Are you seeing a contrast between a national health system and a privatized one?

All of the time and energy spent dealing with insurance companies could add up to a part-time job for people with chronic or severe illnesses. These are the very people who should not be spending their time stressed but trying to get better.

I made a post on Facebook asking if any Americans love their insurance. I wanted to hear from them. I heard from a couple but what I did receive were some heartbreaking stories from simply not being able to get the medicine they need to function to long excruciating battles with insurance companies.

If your doctor says that you need an additional test but your insurance company comes back saying you don’t and denies you access to medical services it is time to look at the system and understand it is broken. Insurance companies are not doctors.

Insurance companies denying claims came up in almost every message I received. Which then resulted in that person having to spend a lot of time on the phone or going to the offices literally fighting for their health. This time and energy can be spent elsewhere.

Some people responded that their deductible is so high that they can’t even afford to use it. So they are paying for insurance that they can’t use in case something awful happens and they need to use it, in hopes that it will save them from severe debt. It felt crazy even writing that sentence.

I did receive a few responses from people who love their insurance. They were very satisfied to have affordable fees, great service, and reliable care. But a majority of them claimed they would fully support a nationalized system.

Two respondents who work in medical fields were the most passionate about implementing a nationalized system as they shared heartbreaking stories of patients losing limbs because they can’t afford insulin or they are diagnosed with cancer but can’t get on a single insurance plan.

National with a dash of private

Certainly, there are criticisms to be had about current nationalize health systems, but I will say they are a cakewalk compared to the issues millions of Americans face every day by not having insurance, being underinsured, or fighting with the insurance company to simply pay for the services they need.

While some individuals I have known in the past few years were given significant wait times to see a specialist others have been given nearly next day appointments – especially in life-threatening situations. There is always the option to see specialists, doctors, or gets tests done privately.

A few years ago in the UK, I wanted an MRI done for a medical issue and my primary doctor was not having it. He sucked, but that is a different story. I scheduled one privately and I paid around $250. In Slovenia, I have seen private specialists and pay out of pocket. The prices typically range between $70 and $110. Many people I spoke to with insurance in the US pay close to these prices just for their co-pays and some of them quote incredibly long wait times for necessary procedures or appointments.

When I first came to Slovenia and I was not working, I was covered via my partner at no additional cost to him. Once I registered my business and began working I began to make my own payments. I pay approximately $150 a month and I also have a private insurance plan that I pay $38 a month for. This plan is a supplemental program so that I won’t have co-pays for specialists, hospital stays, medical accessories, and most prescriptions.

Discussing health is complex and difficult. I didn’t even touch on so many important topics such as gender and racial specific issues, maternal health, at-risk populations, mental health, insurance discrimination, and on and on. (If you wrote about these topics send me a message with a link so I can share it for others!)

The sad truth is that with so many people uninsured and under-insured this leaves the US falling in the ranks compared to other countries. The US life expectancy ranks 42 out of 224 nations and 29th in healthcare access and quality.

It should be unacceptable that even one person dies an avoidable death due to lack of insurance, let alone the 30,000-90,000 that die every year in the US for this very reason.

The US is a country where people are fundraising money from their social networks to cover the costs of necessary medical treatments, where 27.5 million Americans are uninsured, and articles about how to afford home expenses during cancer treatment exist, and for some reason, a nationalized health system feels like the biggest threat to our existence. Why?

I don’t have the answer, but I do want to open the conversation because I think we all deserve better.

Uninsured on the rise

Key facts about the uninsured population

Americans delaying treatment due to costs

US uninsured rate rises to a four-year high

70 Million Americans have problems with medical bills or debt

The basics of ‘Medicare for All’

Pust: A Guide to Slovenian Carnival