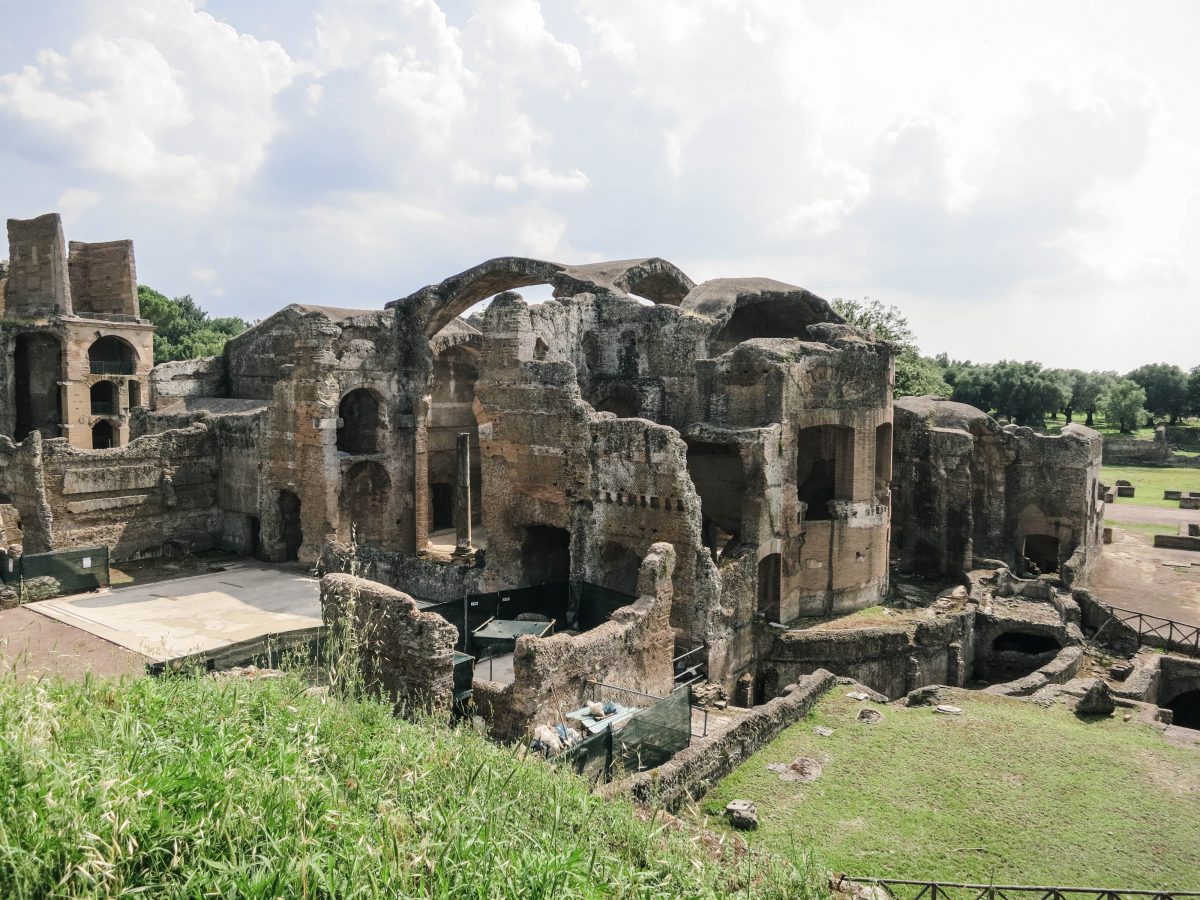 The Magical Fountains in Villa d’Este

About a half hour drive east of Rome is where you will find Hadrian’s Villa in Tivoli. Hadrian’s Villa, or Villa Adriana in Italian was the Roman Emperor Hadrian’s retreat from Rome until he moved there permanently in AD 128.

The UNESCO World Heritage Site is an excellent example of the sheer wealth and size of the Roman Empire. The villa was built between 118 and 138 AD on 300 acres of land. It is almost difficult to understand the size without visiting, but believe me it feels more like a town.

Hadrian’s Villa was occupied by a few successors after Hadrian, but fell into a state of disrepair during the 4th century (the decline of the Roman Empire). The site was used for building materials, and valuables were taken. Cardinal Ippolito II d’Este (remember him from Villa d’Este) had many of the remaining statues and marble taken for his villa.

Some parts of Hadrian’s Villa still stand allowing us to see the size of structures while at the same time, the attention to detail. The property contains over 30 buildings, some of which is yet to be excavated. The size of the property is similar to that of Pompeii to give some context (if you have never been to Pompeii it takes a full day to maybe see all of it). The buildings were influenced by Roman, Greek, and Egyptian architecture and inspired by Hadrian’s travels.

Here is a model in the visitors center, it shows what pictures cannot. It looks like an entire town, and that was the idea. Hadrian wanted to create an ideal city combining the styles of Roman, Greek, and Egyptian, and the result? This monumental villa that is comparable to none.

Mosaics were a popular art form at this time and early pieces were inspired by a Hellenistic Greek style. At first glance the below photo is a fairly simple floor mosaic, but when you realize the stones were placed by hand you gain a new appreciation.

One of the most famous mosaics was found at Hadrian’s Villa but today it can only be seen in Berlin at the Altes Museum. It depicts two centaurs fighting wild cats.

Is it worth visiting Hadrian’s Villa

Yes! Hadrian’s Villa is one of the most impressive and interesting villas I have ever visited. It is absolutely worth a trip outside of Rome to see. If you want to make your day outside of the city even more worth it, Villa d’Este is not far from there.

This UNESCO World Heritage site has sadly been subject to private excavations, mainly by those seeking valuables. Many of the materials and statues of worth have been removed and are in various locations around Europe and possibly beyond. So while the size of the original site was quite large, what is visible today is just a fraction.

Everything You Need to Know About Manchester

The Magical Fountains in Villa d’Este