Let me tell you about my new favorite castle in Slovenia, the Loka Castle in Škofja Loka. Known as Loški Grad in Slovenian. This medieval town has been on my radar since I moved here, but I just simply can’t see everything at once!

Škofja Loka is just half hour drive from the center of Ljubljana which makes it perfect for a short day trip. The town itself is very charming and I couldn’t stop photographing every little corner, building, and even random doors (haha).

Traveling to Slovenia? Check out these articles

The history of Škofja Loka is complex as of any great European town. It used to be a walled city in the 14th century but due to continuous attacks, revolts, a plague, fires, and earthquakes the wall and gates were removed in 1789.

The more recent history (WW1 and WW2) is even darker and it is a surprise that it is one of the most preserved medieval towns in Slovenia. I won’t sit here and give you a history lesson but I do suggest visiting the Loka Castle to see the exhibits to learn more as they are really well done. 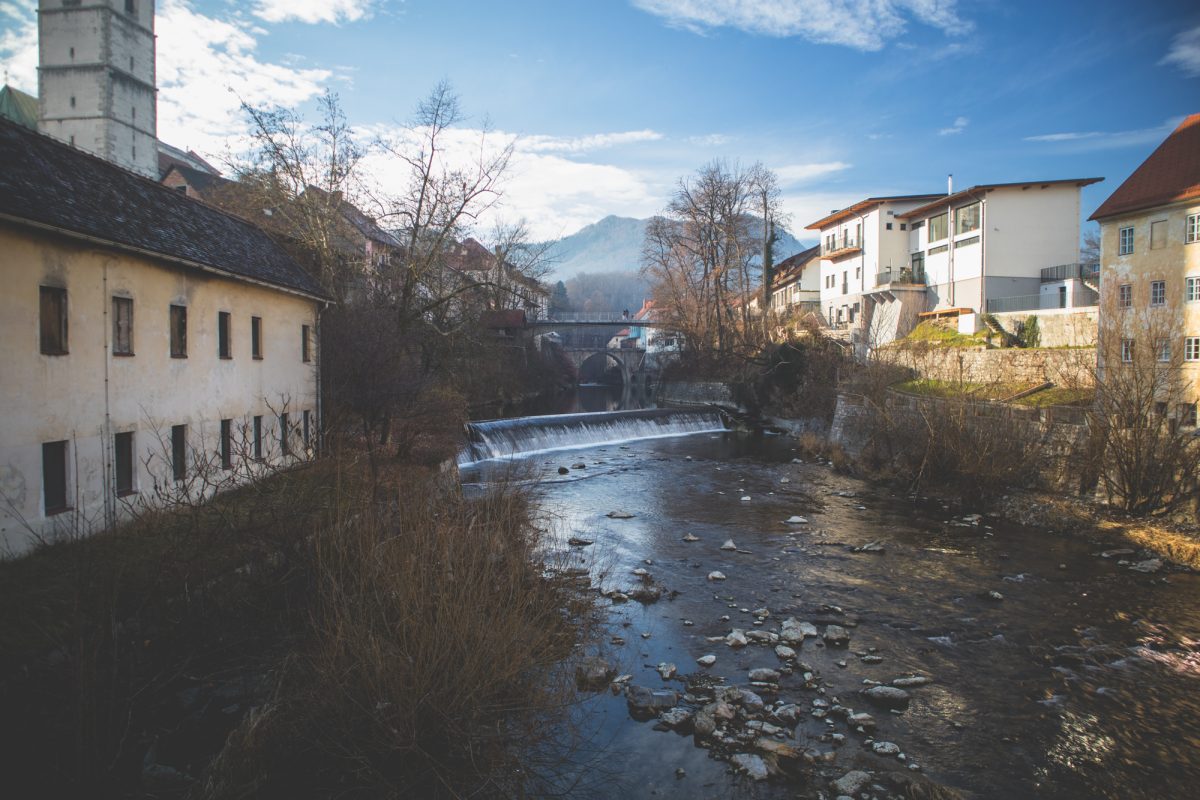 Loka Castle is first mentioned in text in the early 1200’s but the castle you see today is not the same. It was rebuilt after an earthquake in the 1600s and then again in the 1700s.

In typical Slovenian castle fashion Loka Castle sits as the centerpiece to Škofja Loka and is part of Pot treh gradov (The Three Castles Path). Outside of the castle are signs showing the pathway to visit the other two castles which are in ruins. The hike takes about 1 hour and 45 minutes and I am hoping to do it this spring. I am just a sucker for castles in ruins. 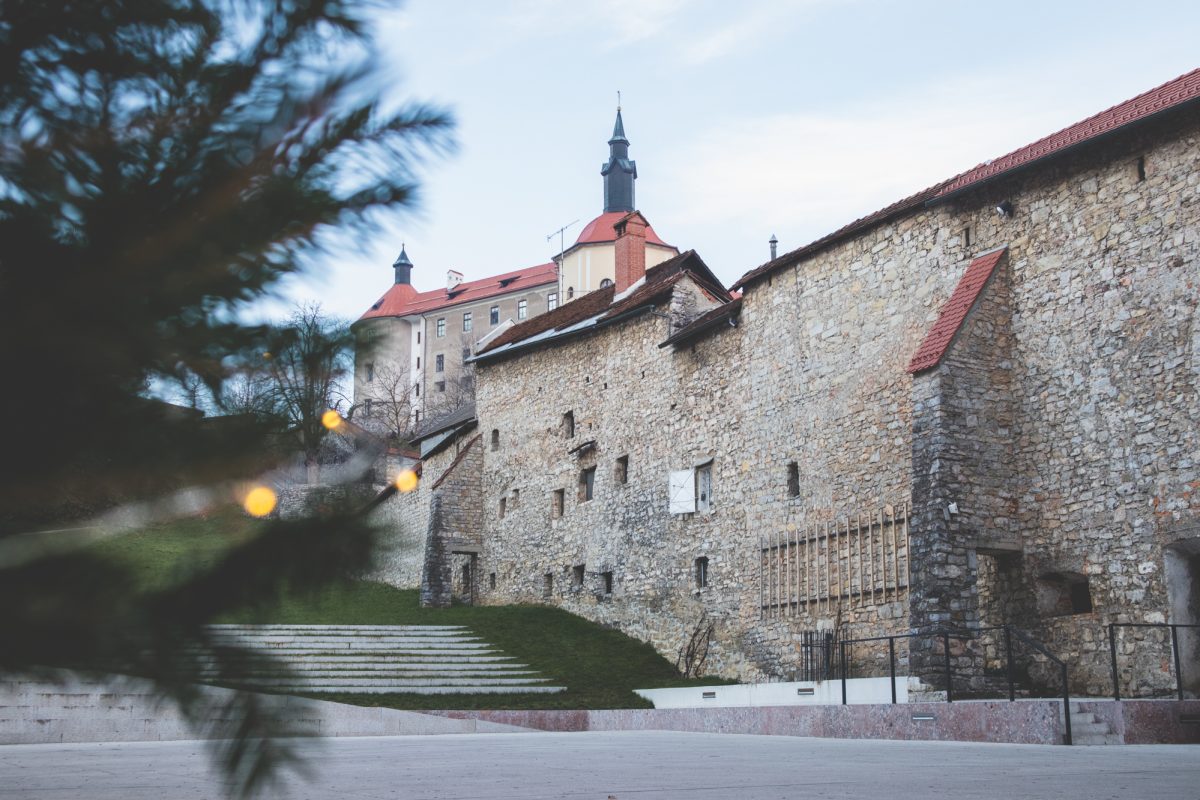 Since 1959 Loka Castle hosts the Loka Museum. As a trained anthropologist I have a special spot for museums, but I am also very critical of them. Museums are an opportunity to show the public (and especially tourists in this case) a taste of the local history and culture. The Loka Museum absolutely nails this which is surprising for such a small town (population ~12,000). 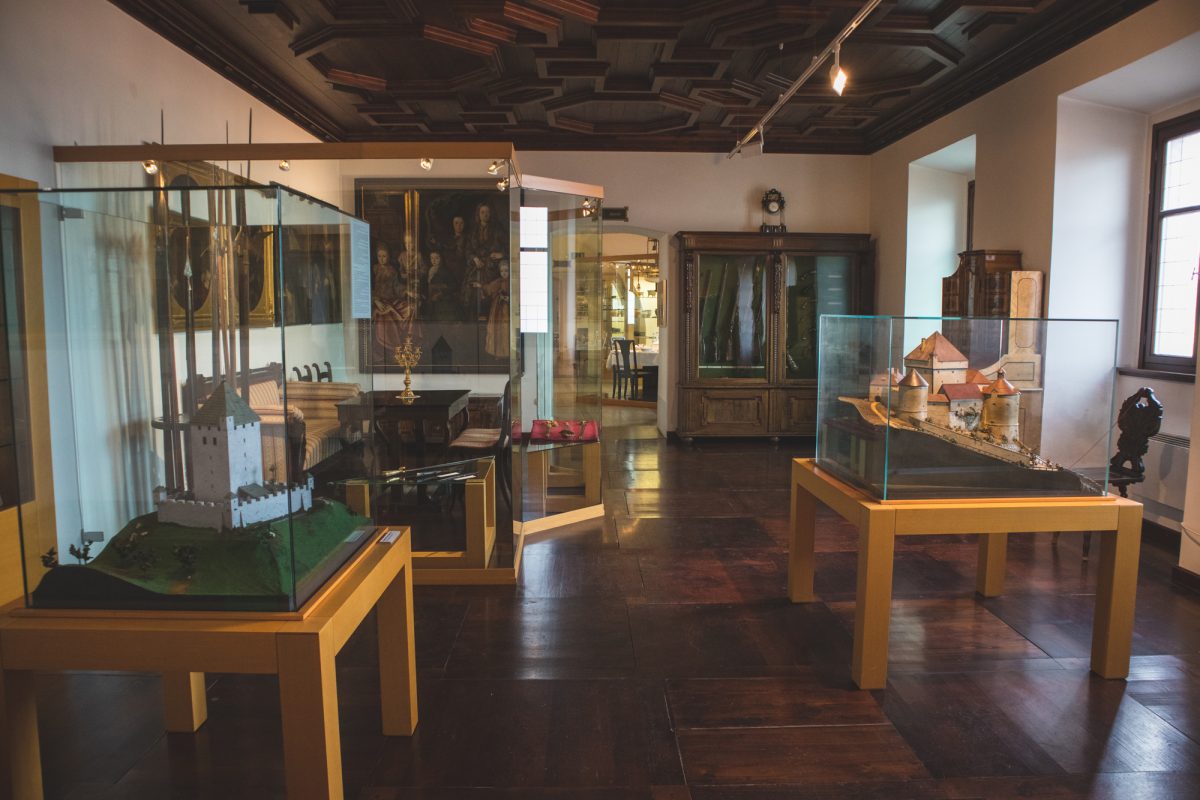 This room showed models of all three castles before the earthquake.

There are many exhibits inside the museum including a historical collection exploring the history of Škofja Loka and the castles, an art history collection with works dating from the 14th century, a castle chapel, a natural history collection, and even a collection dedicated to sports and athletes from the area, to name a few. An archaeological collection that contains artifacts dating as early as the Stone Age (80,000-30,000 BC) up until 973 AD. 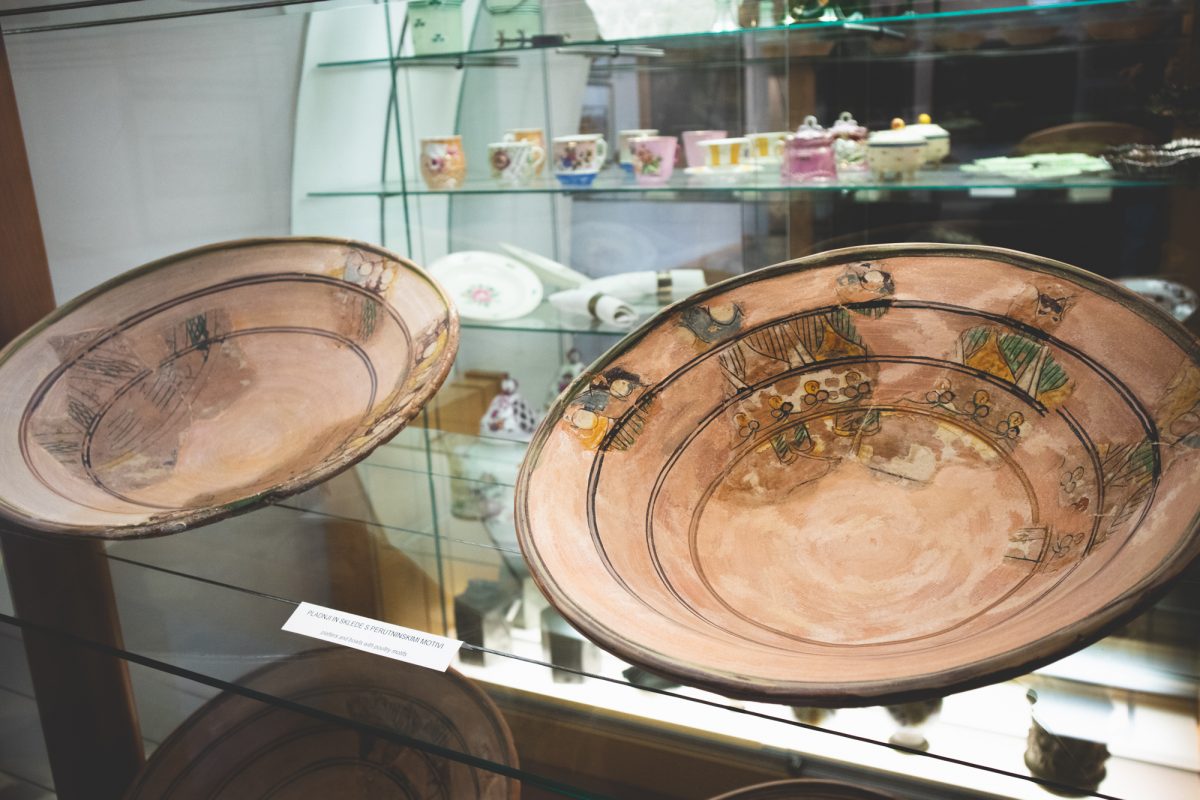 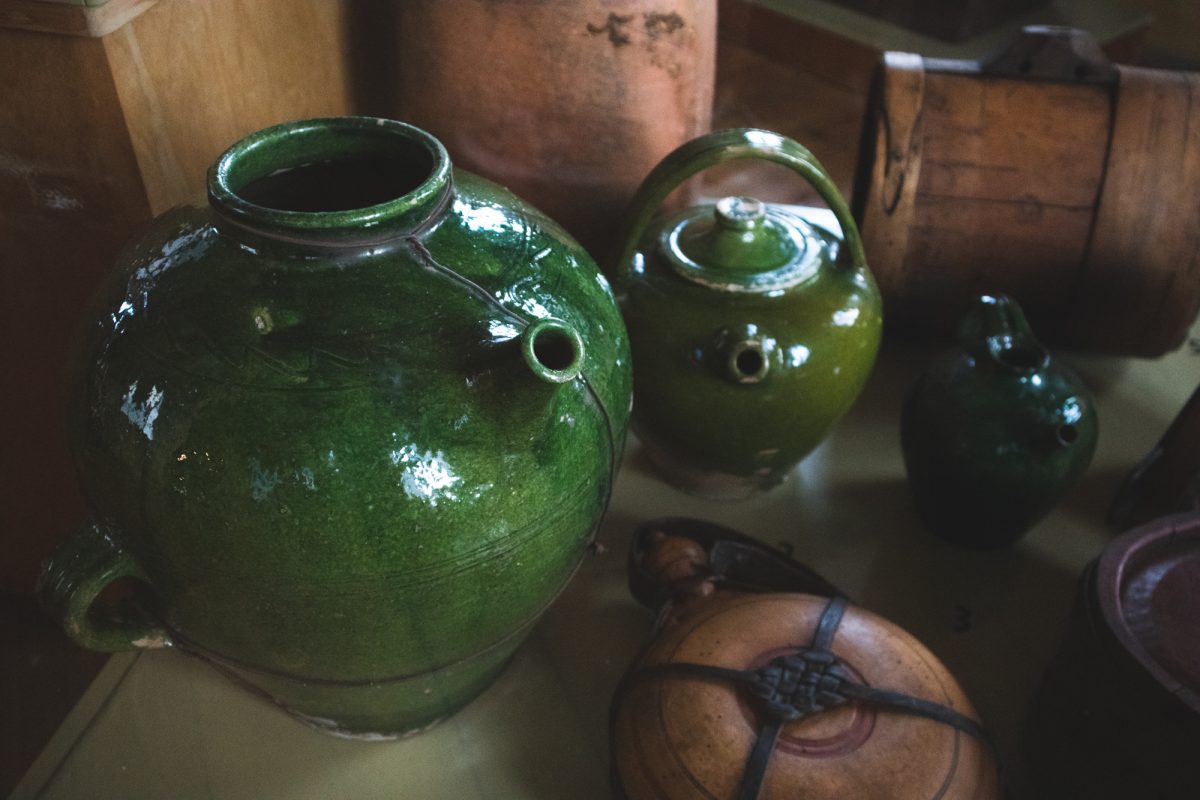 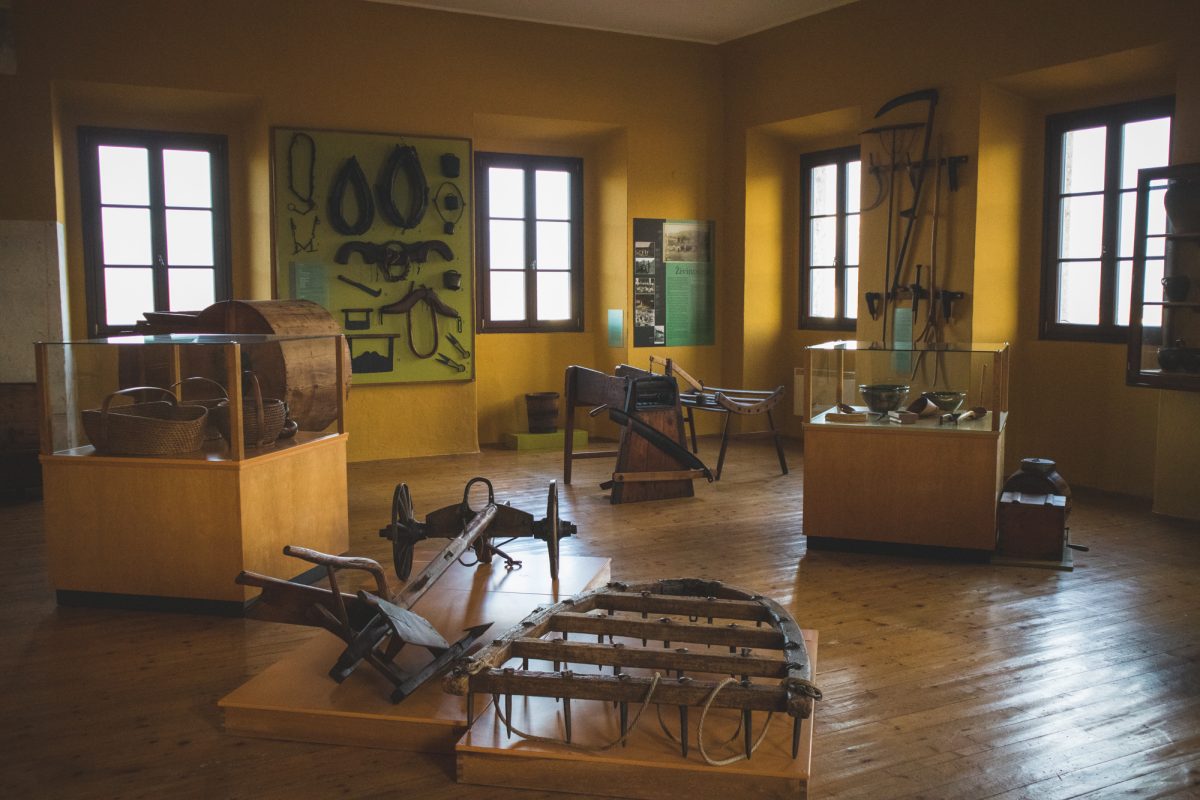 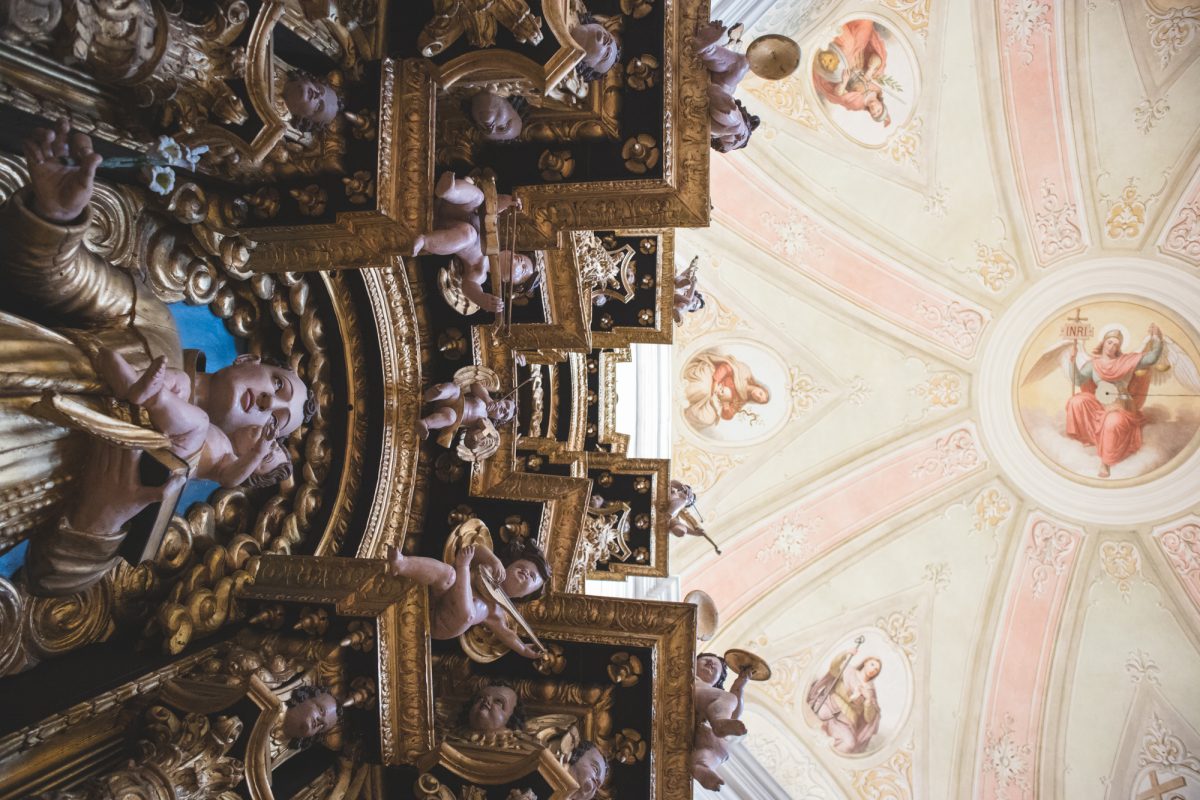 Inside the chapel of Loka Castle

The ethnological collection provides some context about the life of the commoners in Škofja Loka before industrialization. You can see items pertaining to agriculture, food, beekeeping, weaving, lace making, and much more. There was an exhibition around the influence of WW1 and WW2 that had weapons, photos, advertisements, propaganda, and even a few art pieces inspired by local artist. I’m not typically one to enjoy war or military based exhibits but this one showed a lot of the social implications not just a room of weapons. 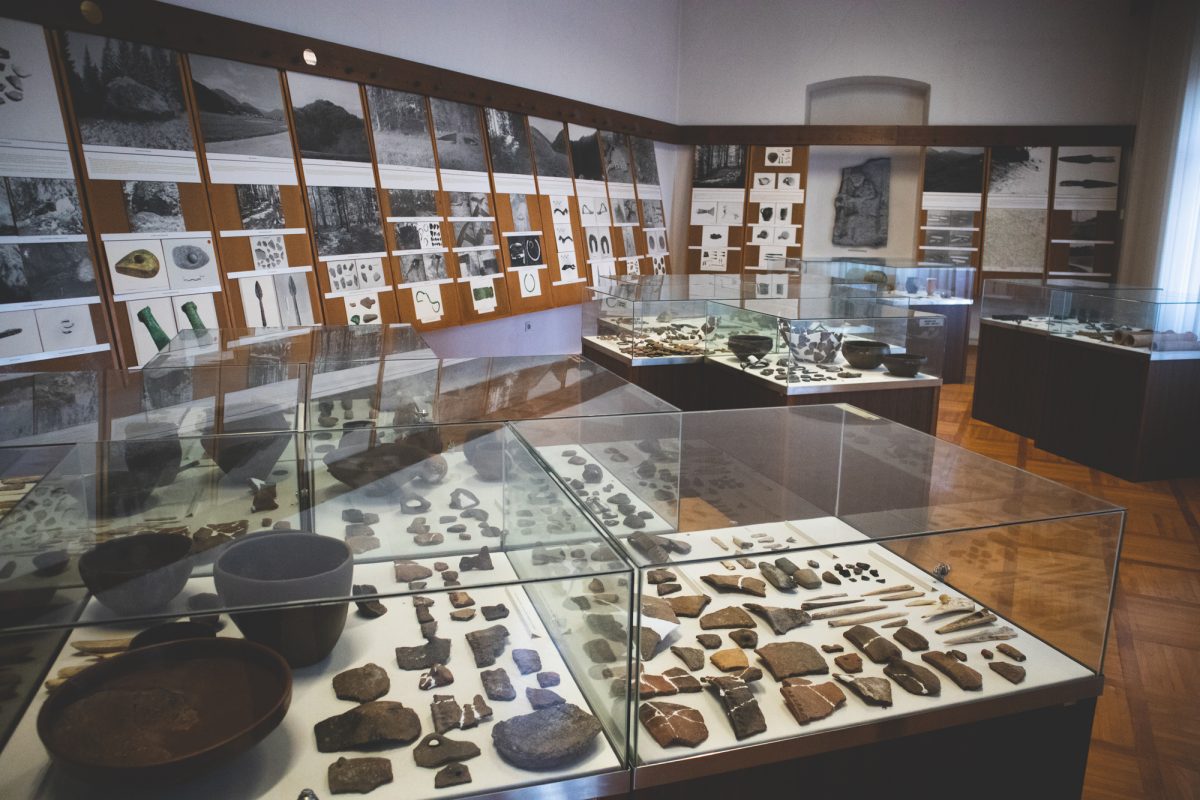 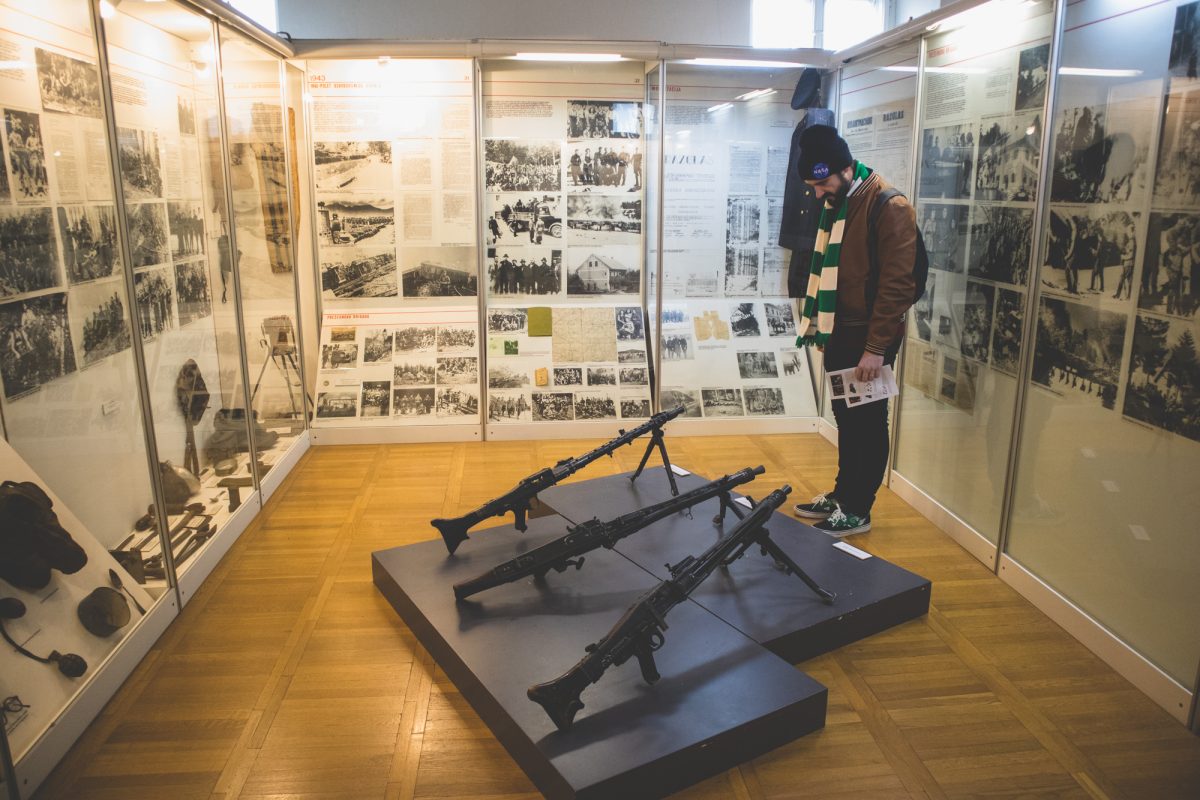 How to get to Škofja Loka from Ljubljana

By Car: take Celovška cesta through Medno, Medvode, and Jeprca to Škofja Loka. AKA use Google Maps but it is basically one road and takes about 35 minutes!

By Bus: AlpeTour runs buses between Ljubljana and Škofja Loka twice an hour and it takes about 30-40 minutes depending which station you are picked up from.

By Train: there are trains coming from Ljubljana every hour and the ride is about 25 minutes. The Slovenian railway website is in English so you can check the times there. From the train station in Škofja Loka there are buses every 15 minutes to take you to the center.

For more info check out Škofja Loka’s Tourism website which is available in English and several other languages. The Loka Castle and Museum’s website is only in Slovenian but if you are using Google Chrome browser you can easily translate the page to get the idea. 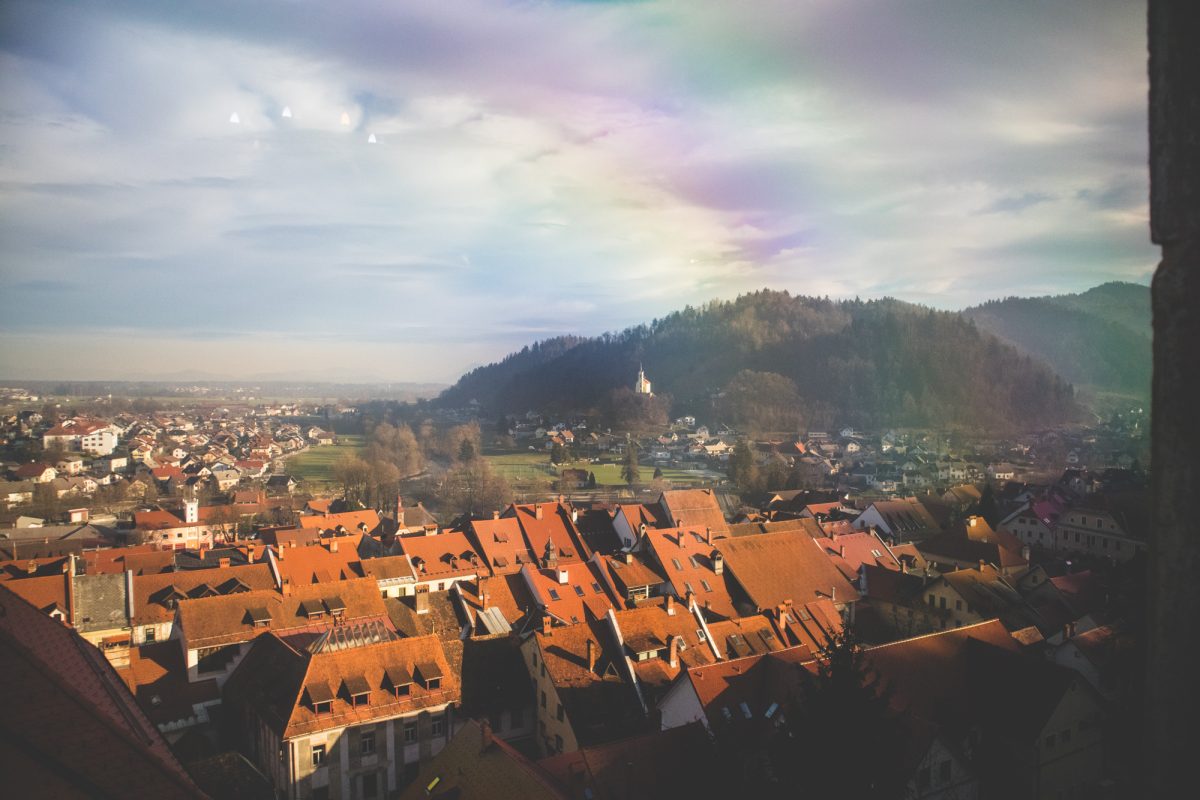 Views from the castle windows 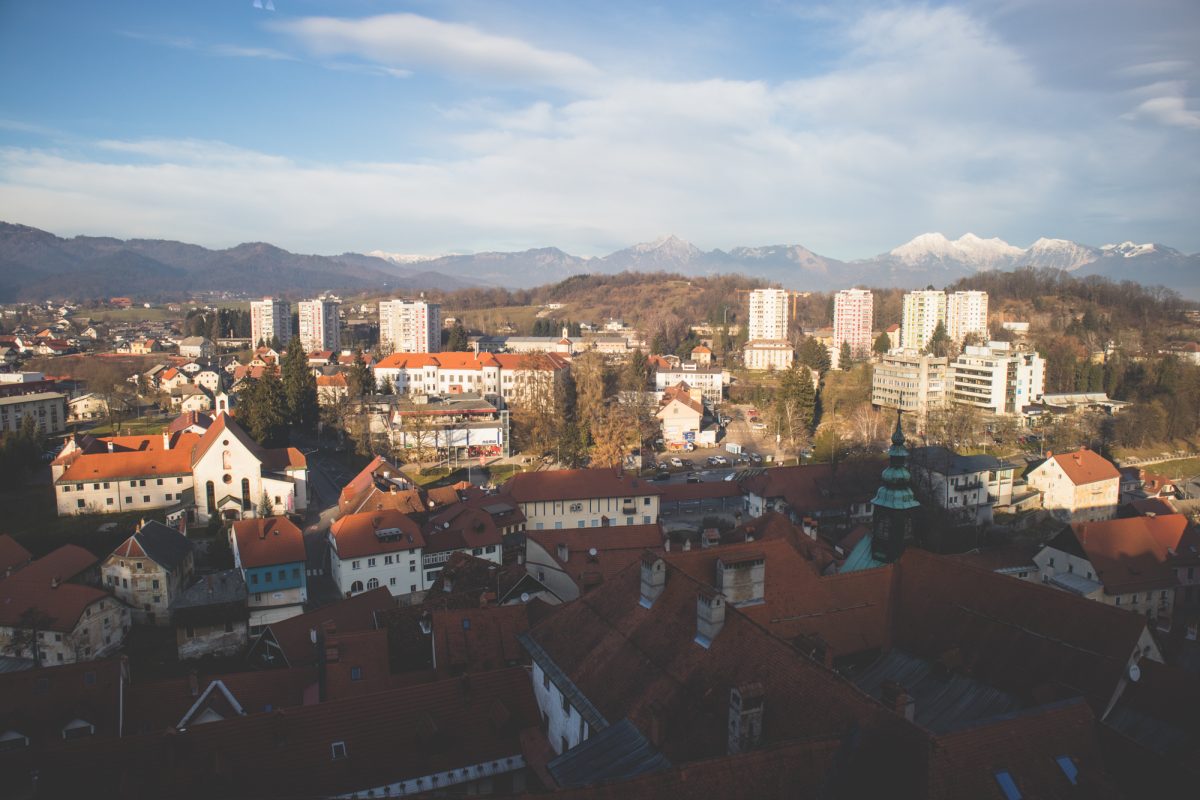 If you are visiting Slovenia or you live here and want to try something new I definitely suggest visiting Škofja Loka and especially the Loka Castle. It is less than an hour away from Ljubljana and sitting right at the base of the alps has a lot to offer. Keep an eye for more Škofja Loka content in the future and if you have any recommendations of more things to see drop it in the comments. -Helene