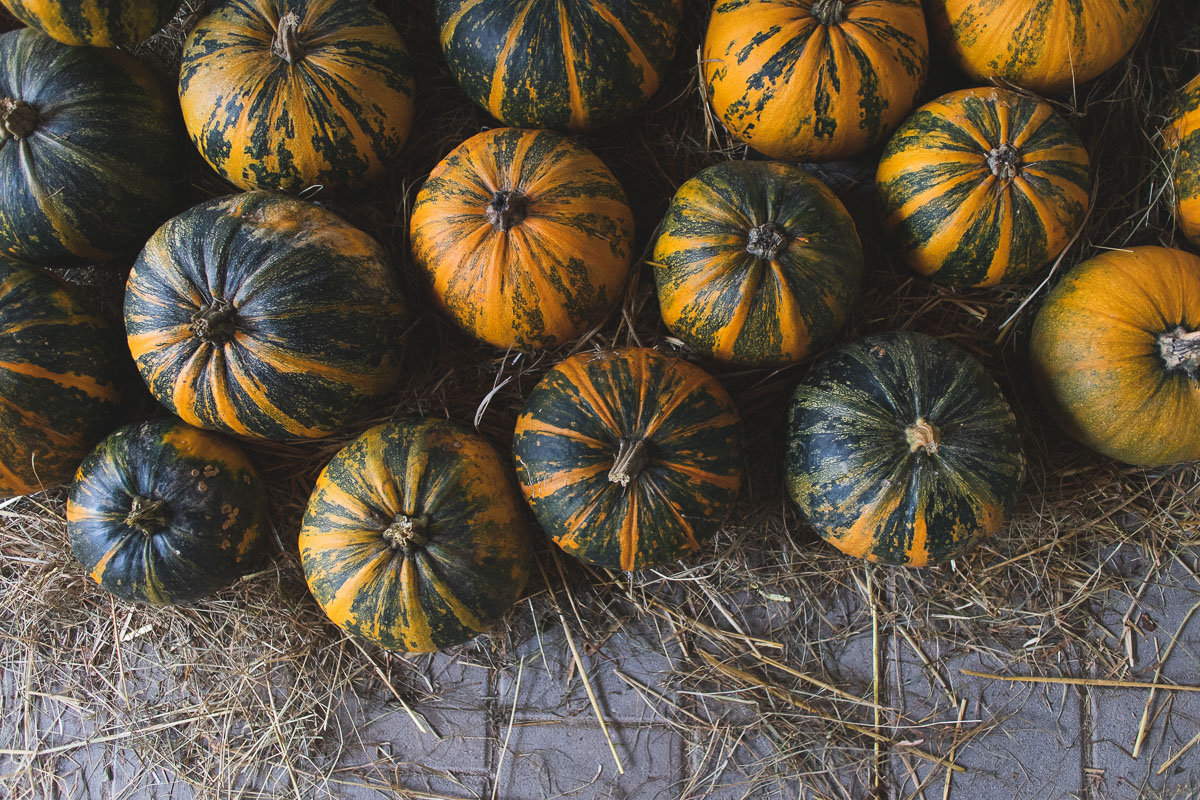 Since I moved from the US one question I get asked often is about holidays. Holidays in the American sense (sorry British friends). And each Halloween at least a few Americans ask me, “Do Slovenians celebrate Halloween?” or “Do they trick or treat there?” The answer is… it’s complicated.

Through this article, I will explore the origins of Halloween, why it is complicated if Slovenes celebrate Halloween, as well as discuss the deeper cultural importance of secular festivities and what happens when they cross borders.

Did you know? Halloween in Slovene is called Noč čarovnic which translates literally to night of witches!

Where Did Halloween Originate?

Halloween’s origins are connected to the Celtic, who lived in Ireland, the UK, and northern France 2000 years ago. They celebrated Samhain, a festival marking the end of the harvest season and end of their year. The Celts believed that the night before their new year was when the space between the living and dead could be crossed. In some traditions, costumes were used to scare away ghosts around a bonfire.

All Saints’ Day was called All-hallows (Alholwmesse in Middle English) so the night before (Samhain) became All-Hallows Eve and today, Halloween.

Because things don’t happen in a vacuum, Christian symbolism found its way in, and hence the devil was introduced as a Halloween character. But Halloween still retains much of its symbolism from Samhain; apples and pumpkins for harvest and ghosts as symbols of death.

Trick or treating became part of the celebration through Irish and Scottish mumming traditions. Mumming is an old custom where people would dress in costumes and visit neighbors and friends performing songs, dances, or plays.

In fact, trick or treating was not practiced in the US until the 1930s and was not popular until after WWII.

During colonial days in the US, Halloween was not widely celebrated or embraced. In some parts of the US, it was rejected due to strict religious beliefs. As more Europeans immigrated to the US they also brought their customs. By the 19th century, millions of Irish arrived and helped to popularize the holiday.

By the 20th century, Halloween had become a staple. It became more family-friendly, community events were held, and certainly, it became commercialized. Today, Halloween is America’s second-largest commercial holiday.

Now that we have established that Halloween is an American holiday, its history in Slovenia is quite limited. In fact, over the years living here, I have watched the holiday become more prevalent. Previously, I have purchased pumpkin carving kits from the US and brought them to Slovenia, but this year my local grocery store is selling them.

Halloween didn’t appear in Slovenian-language newspapers or magazines until 1992, but it wasn’t until 1999 when it became a more prominent topic (Jontes 2009). These articles were not discussing Halloween in a positive light. The holiday was quickly rejected by many claiming that it was too capitalistic and consumerist.

So the question still remains; do Slovenians celebrate Halloween today?

October 31st is already a holiday in Slovenia. It is Reformation Day (Dan reformacije) celebrating the 16th century Reformation and the Protestant movement. But for Slovenians, this day is to celebrate Primož Trubar, a Protestant priest, who wrote the first books in Slovene. Due to a long history of cultural oppression, this is a meaningful day for many to celebrate Slovenian culture.

Also, November 1st is another holiday, Day of Remembrance (Dan spomina na mrtve) also known as Day of the Dead (Dan mrtvih). This is a day to honor and remember the dead by visiting their graves. It is typical to bring candles and fresh flowers to decorate and clean up the graves of family and loved ones before winter.

As for Halloween, that is typically reserved for children or parties at clubs. Trick or treating does not happen on October 31st. On Shrove Tuesday, or Pust in Slovene, is when children dress up in costumes and knock on your door for some treats.

Even though there are no treats to collect there are events held across Slovenia usually for children. Stories are told in the dark tunnels of Kranj and Bled Castle is decorated as a haunted house. Also, pumpkins are becoming more popular for decorations and carving Jack-o-lanterns.

While researching this article I encountered a lot of hate for Halloween and it got me thinking. Why is Halloween so loved in the US but belittled abroad? If you aren’t aware of this you can read here how the Vatican, France, Australia, and even recently in the news an Italian politician referred to it as “Huge stupid Americanism“.

Halloween feels like our most hated export. Many of the arguments revolve around it being too consumerist, but many holidays have elements of consumerism in Europe. It is true that the level of “buy shit you don’t need” is much higher in the US than abroad, but this argument isn’t enough for me.

Not every American is covering their home in fake spider webs and motion-activated ghosts. It can also mean different things for different people. I do not like wearing costumes – ever, but I don’t hate the holiday. I enjoy autumnal events that are held throughout the month, carving pumpkins, and seeing others dressed in creative costumes.

The argument of Halloween being too consumerist isn’t valid, but it is a reflection of the stereotypes of American culture and the discourse around the US as a cultural imperialist. It is no surprise when English is spoken almost everywhere, American songs are on the radio, shows on television, news in the papers, there is almost no escaping American culture. But there is a difference between writing a smear piece about the US for the clicks versus actual cultural imperialism.

Defining Culture through Inclusion and Rejection

Going back to examining Slovenia’s relationship to Halloween it makes more sense. Slovenia is a relatively new country, but an old culture. It has been a culture that has been oppressed for many years and as a result, national identity is still being formed.

This sorting process to decide which parts of culture to include or reject begins to take place. There is a need to determine what is “ours” and what is “theirs” which help define the boundaries of inclusion within a culture. You can see this play out in disputes with Croatia over the naming and borders of geographically protected dishes. Slovenians want demarcation of what separates them from all of their neighboring countries, and to recognize their contributions to society.

Rejecting Halloween is saying no to cultural imperialism and defining Slovenes as people who do not celebrate this holiday. October 31st is the day to celebrate Slovene culture, not someone else’s.

Halloween as an American Ritual

On the other side of the spectrum, Halloween can be examined as a ritual that helps to define American identity and culture.

A ritual is a stereotyped sequence of activities involving gestures, words, and objects, performed in a sequestered place, and designed to influence preternatural entities or forces on behalf of the actors’ goals and interests. Rituals may be seasonal, hallowing a culturally defined moment of change in the climatic cycle or the inauguration of an activity such as planting, harvesting, or moving from winter to summer pasture…

Turner claims that these “cultural performances” allow us to express or work out (symbolically) social stresses. He believes that pressure between these performances builds and thus the performance must happen repeatedly.

If you agree with this approach then you could argue that Halloween acts as an equalizer in the US. It supports the notion that our individual identities and inequalities disappear for one night as we transform into whoever we desire.

This is evident in Mischief Night, celebrated the night before Halloween when children and teens cause mischief around their neighborhood. This would classify as a ritual, specifically a rite of passage. Turner would probably argue that this is a release of pressure from the power structure of adults and teens.

There are many aspects of Halloween that have made it a ritual. There are costumes, decor, music, vocabulary, cuisine, types of gatherings, unique activities only performed at this time (trick or treating), and plenty of symbolism (pumpkins, witches, ghosts). It would be totally normal to see spooky decorations and someone in costume in October but very out of place in March.

My argument on the matter is that Halloween is more than hyper-consumerism. Yes, American culture is hyper-consumerist and it makes sense that capitalistic notions have locked hands with our holidays, but I believe that deeper than the plastic skeletons and pumpkin spice is a secular holiday that the majority of Americans celebrate – together.

Similar to the creation of food taboos as a way to define a culture, Halloween is a ritual that Americans use to help define theirs. It acts as a cultural glue. These rituals connect our communities and unite our common identity. It may seem chaotic and cheap but deep down it’s a blend of our heritage and a celebration of creativity.

SOURCES
Jontes, Dejan. 2009 “Resisting Halloween in Slovenia: A Case of Anti-Americanism” In Treat or Trick? Halloween in a Globalising World, edited by Malcolm Foley and Hugh O’Donnell, 249-258. Cambridge Scholars Publishing.