Situated between the Allegheny River and Monongahela River, Pittsburgh is a large city in the southwestern part of the state of Pennsylvania. Known for its 300+ steel companies, Pittsburgh is sometimes referred to as Steel City, but it is also known as the City of Bridges because it has 446 of them.

Whether you are a history buff or just want to learn more about Pittsburgh, the city has more than 40 museums for you to visit. But if you want to spend the day visiting as many as possible, there is a cluster of them in the middle of the city. Drop off your bags at a bag storage site in Pittsburgh first though, so they don’t weigh you down.

Where the Allegheny and Monongahela Rivers meet to form the Ohio River, you can find the Fort Pitt Museum, established in 1969. This interesting spot was the site of Fort Pitt, which was originally built in 1758 by the British. It was rebuilt and turned into a museum for the public to enjoy and explore.

Fort Pitt had a major role in the American Revolution as well as the Whiskey Rebellion and the establishment of Pittsburgh itself. You can learn all about the birth of Pittsburgh and how the French and Indian war was involved. The museum is in Point State Park, which is also home to Fort Duquesne.

Just across the Allegheny River, the Carnegie Science Center is the next spot to visit. It is one of four Carnegie museums in Pittsburgh and is the most popular. In fact, it is the most visited museum in the city. One of the favorite attractions is the Buhl Planetarium where you can learn about the stars.

Roboworld is another popular exhibit in the museum and is recognized as the largest permanent robotic exhibit in the world with over 30 robotic displays. Highmark SportsWorks is so popular it has its own building just to the northwest of the science center where you can learn all about sports.

If you are interested in seeing some of the most incredible dinosaurs fossils in the world don’t forget to head over to the Carnegie Museum of Natural History.

Across the highway to the north, the Mattress Factory may sound like a warehouse selling mattresses, and it started out that way but was changed into a museum in 1977. This modern art museum is known for its site-specific installation art from artists like Greer Lankton, James Turrell, and Yayoi Kusama.

The museum has 17 exhibits that are permanent installations from a variety of artists. Some of the most popular include Trespass by William Anastasi in 1981, Ash by Rolf Julius in 1991, Repetitive Vision by Yayoi Kusama in 1996, and Umbrella by Vanessa Sica and Chris Kasabach in 2009.

You can see Randyland from miles away with its vividly painted exterior in yellow, red, green, turquoise, and purple. Inside is even more colorful and is named one of the most colorful public art landmarks in the US. Created by Randy Gilson, the place is also one of the most photographed places on Instagram.

Randy bought the building on a credit card after being homeless for many years. He became an activist and planted more than 850 community gardens. Most of his artwork includes pieces he found while dumpster diving like mannequins and pink flamingos. This is definitely a unique place to visit.

A few blocks to the south, the Children’s Museum of Pittsburgh is not just for kids. Located between Buhl Community Park and Allegheny Commons Park, the museum boasts numerous permanent exhibits as well as several rotating exhibits. The grounds are also a part of the museum with architecture and sculptures.

Some of the popular permanent exhibits include the Theater, Garden, Garage, Backyard, Studio, and the Kindness Gallery. The Studio features a multimedia art studio, the Garage is a fun place to watch the kids play, and the Backyard is full of artworks. But the garden is the most popular with lots of fruits and veggies.

Just to the south, The Andy Warhol Museum boasts seven floors of art in 17 galleries. You can see more than 4,350 films, 4,000 photos, 77 sculptures, 1,000 prints, and 900 paintings. The museum was planned about 2.5 years after Warhol died and over $80 million worth of art was donated by various people.

One of the permanent exhibitions is the Warhol Collection, which includes five floors of artwork done by Warhol himself. The work is dated from the 1940s until his death in 1987. Other exhibits include Fantasy America, A Taste of Grace, and Tally Brown. The museum also shows local youth art in a revolving exhibit.

Across the Allegheny River, the  Heinz History Center is part of the Smithsonian Institution and is the biggest history museum in Pennsylvania. It was named for US Senator John Heinz III who died in a plane crash in 1991. The museum tells the story of western Pennsylvania from the past 250 years.

Located in an old ice company warehouse built-in 1879, the history center features several permanent exhibitions. The Tradition of Invention exhibit is the most popular that describes inventions that were discovered in Pennsylvania, including the Big Mac and polio vaccine.

If you are a baseball fan, make sure you take the time to visit the Clemente Museum, which is just to the northeast of the history center. The museum features the history of Roberto Clemente, who was a Pittsburgh Pirates right-fielder and is also in the Hall of Fame for his baseball accomplishments.

Located in what used to be Fire Engine House #25, you can see all sorts of memorabilia from Clemente’s career like baseball bats and balls, gloves, old uniforms, photos, and even some seats from Forbes Field where he played. The museum continues to donate to the local organizations in need in Clemente’s name.

While you are in Pittsburgh, try some of the foods that Pittsburgh is known for. For example, the Pittsburgh salad is a traditional salad with french fries on top, pierogies are dumplings you can find on food trucks, and the Primanti Brothers sandwich is a huge sandwich with fries and coleslaw on it.

Save this article for later. 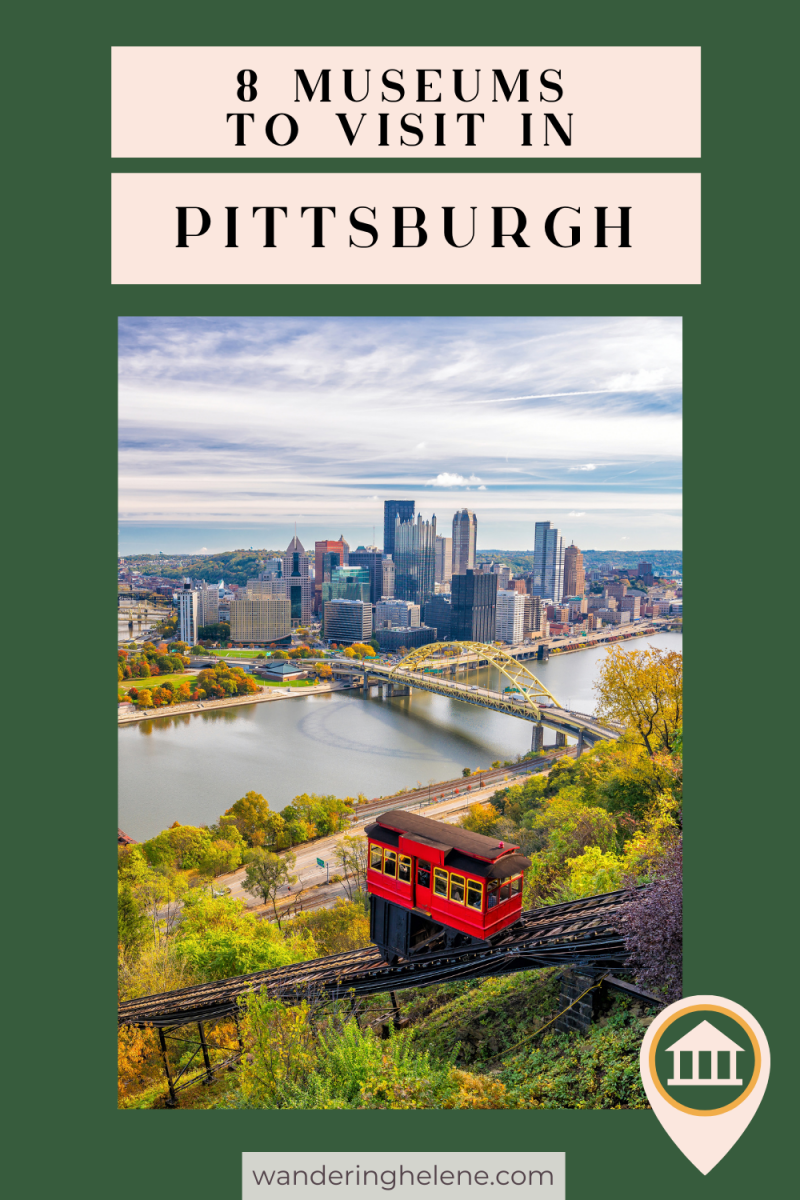